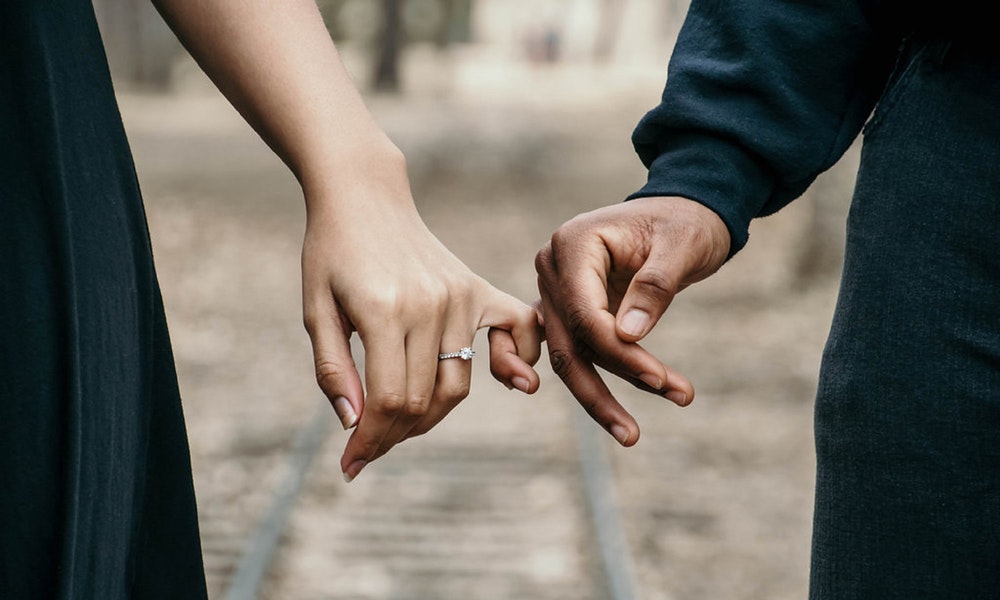 Over the years I’ve talked a lot about the breakups I’ve been through, but I never quite mention the one guy who was actually a good man.

I think the reason is that we went through enough so why bother to bring him up? But after a lot of thinking and just having this story tugging on my heart, I think it’s time I share it.

I wanna share with you the time when I was totally the reason why things didn’t work out. Why I chose to pass up a good man simply because deep down I knew he wasn’t the one for me.

While I was still talking to this guy, the Lord was working on me and bringing me to a place of healing.

To be clear, I was a baby Christian, so my worldly struggles were still very real, but my desire to push past them was very strong. I knew that I could trust God because of how He was making me feel on the inside, I just didn’t know how exactly to change my lifestyle completely just yet.

My friend on the other hand, believed in God, but had no real desire for a relationship with Him.

Even though he had no interest in a relationship with God, he supported my desire to have one.

Finally, it got to the point where I was willing to give him a fair shot. After a year of practically dating long distance, and knowing that his feelings for me were real, I had to figure out if mine were real as well.

So I journeyed off and traveled north to visit him. Turns out, he planned out the entire weekend for us to be together. And because we were finally going to hang out after all this time, he was so excited that he called me every hour on the hour until I arrived at his place.

I want you to know that we’ve hung out before. Remember, we were in the same circles. But back then, before I knew him, I always knew of him to be an arrogant player. So I never really paid him any attention.

But this time was different. Now he knows me. He knows what I’ve been through. And he still liked me. So this visit was a completely different experience.

My intent for this trip was to find out if “this” (whatever it was) was worth anything. If our year together was going to progress into something serious.

The first night was great. We were both excited to see each other and we kept it at a very friendship level. The day after was fun. It was an 8-hour dating excursion filled with outings, food, and lots of conversation (since that’s what we were best at).

That night we got drunk and I passed out. …

And I’m gonna be honest with you, the entire weekend was filled with me in my old ways and living out my old dating mindset.

Though God was very much at the forefront of my mind and thoughts, I didn’t know how to balance the two relationships so that I would be honoring God and discovering if I actually liked this guy.

I remembered praying and trying to meditate on God’s Word (though I had absolutely no idea if I was doing it right!) to get a sign, a Word, or something that would tell me that this guy was not the one. I heard nothing. So I pursued the life that I knew best… the one that did not involve God.

But then, the most bizarre thing happened.

On the second day of hanging out, as we were about to see how deep our feelings really were for each other, my attraction to him officially stopped.

It was almost like a light switch had gone off in my mind and I knew right then and there, with my whole heart, that he was not the guy for me.

The rest of our trip together was pretty awkward. I had done a complete 180 on this guy without any explanation, and I honestly couldn’t explain it myself. We left with very little words.

For the first time in my life, I finally understood the phrase, “It’s not you, it’s me”.

This man was a good man. He fought through every single wall that I had up and he loved me through my pain and weaknesses. He gave me everything that a woman would want from a man. And yet, at the end of the day, it was not enough.

You see, what ended up happening over that weekend was a divine intervention. God met me in that apartment and He gave me a very clear indication that the man I was seeing wasn’t the man for me. Nor was the life that I was choosing to live in that short weekend with him.

Afterwards, we didn’t talk to one another for about three weeks. The longest in over a year.

I tried to process what had happened and I tried to explain it to him but he wouldn’t have it. The damage was done. We both knew that what we had would never work out.

We drifted further apart and I drew closer to God. After having couple years pass us by, he tried to reconnect only to discover that I was already engaged to my Mr. Right. The guy whom I knew without a shadow of doubt was the right man for me. Needless to say, we do not talk to each other anymore.

To this day I feel that had it not been for my prayers to God, I probably would’ve made the wrong choice. I probably would have gone through another relationship, without God, and things would’ve gone horribly wrong.

If you’re in a relationship and you’re on the fence as to whether this man you’re seeing is the right man, regardless of if he’s a good man, then here’s what you should do:

Include God in your decision-making. Even if you aren’t that close to God, He will still meet you where you’re at. If you stumble and fall along the way, He will still come to your rescue if you call out for His help.

There was a strong tugging in my heart. It didn’t matter that this guy was a good man and his feelings for me were real.

I never once felt a 100% peace about pursuing the relationship. It could’ve been because deep down I knew that I had to get over my previous relationship, or perhaps I needed to focus on me (all of which was true, btw), but even still, if you do not feel totally at peace about the situation, then there’s a good reason.

At the end of the day, you have to do what is best for you. Not your mom, your friends, or the good man.

If you’re not ultimately happy, and the Lord is telling you in your heart that this isn’t it, then trust that and do what’s best for you.

Settling for less is nowhere near as pleasing as trusting in God’s perfect plan!

Letting go of what we had together was just as hard as the terrible breakup I had previously gone through.

It hurt the most because he was actually a really good man. While some Ex’s I could care less about, I genuinely hope that this guy finds happiness in his Mrs. Right someday. And I think that because of this, I couldn’t find the heart to end it when I should have.

Instead, I let it carry on just to see if my feelings would change over time. It didn’t end well and people got hurt.

Perhaps you’re out there and you’re floating in the same boat. There’s a great guy and he’s really into you but something’s just… off. And though you can’t really put your finger on what it is, and your friends and family are all telling you that you’re crazy, you still can’t accept that he is your ultimate Mr. Right. He’s Mr. Good Enough… but not Mr. Right.

Look to God and trust in His answer. When you don’t get your answer right away, don’t panic! Stay faithful and trust that He will come!

This experience changed my entire dating experience. Ever since that moment, I included God in every single love-life decision I ever made henceforth.

Do you have a similar experience? How did you know that a good man wasn’t the one for you?  Share in the comments below!

Maya is a Relationship Counselor and Certified Life Coach. She loves using her God given gifts to pour into the lives of others.

3 Reasons God May Remove Someone From Your Life64.1K Total Shares

3 Things to Expect When You Are Chosen by God51.6K Total Shares