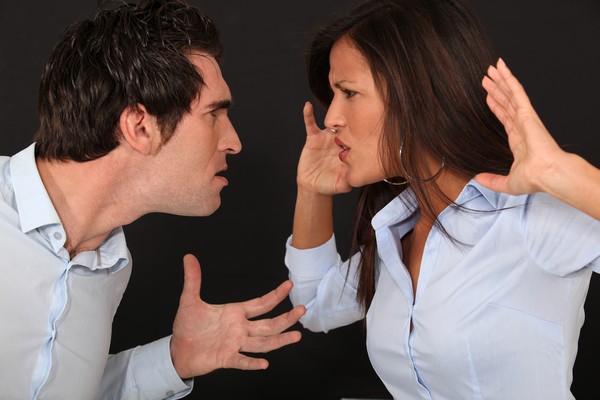 Dictionary.com defines “toxic” as “acting as or having the effect of a poison.” From experience, I can say being in a toxic relationship is like taking a shot of battery acid every day: The drink itself burns, but the single dose isn’t enough to kill you—it’s only after weeks or months of this poisonous diet that you realize you’ve destroyed your stomach lining and your faith in love. In all seriousness, science has shown that being in a toxic relationship can lead to real health problems, from disturbed sleep to an increased risk of heart failure. So avoid the emotional and physical turmoil by identifying a toxic relationship. Here’s the signs:

Name-calling is normal. The only names you should call your significant other are those on that person’s birth certificate and terms of endearment. If your guy uses words or unflattering terms to unconsciously or purposely hurt you, that’s toxic behavior you’re better off without.

Someone is constantly threatening to end things. One or both of you live in fear that the smallest argument or crisis will cause the other to leave. For example, rather than saying, “It bothers me when you’re late,” you say, “I can’t be with someone who can’t show up on time.” People should be able to express negative thoughts and feelings in a way that doesn’t cause a commitment crisis.

You aren’t allowed to grow. Fact: People change. Over time, we learn new things about ourselves and life, and our dreams and goals and even opinions shift. That’s OK. And it’s important to be with someone who’s both willing to accept those changes and grow too. In a toxic relationship, a guy will try to hold you back and hold your personal growth against you. Don’t let him; leave and grow on instead.

Read the rest of the article here