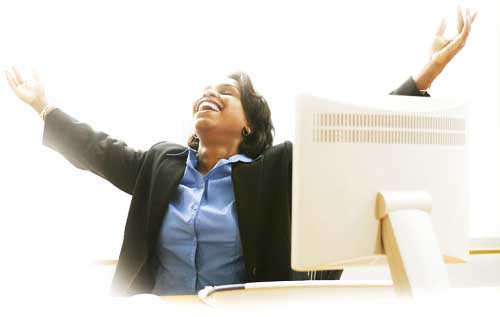 I can’t count how many times I’ve heard someone say ” You should always hope for the best, but expect the worst”. I’ve said it a few times myself . I used to live by that saying actually! I’ve since then realized that such mentality is insulting to God. I know sometimes we don’t see a way out. It seems impossible! But we serve a mighty God, who can and will make a way, out of no way.

When God is ready to bless you, make sure you’re prepared to receive it. Don’t miss the Best thing that could’ve happened to you because you’re only prepared to receive  the worst! When we prepare ourselves for the worst, That’s just like saying “you don’t believe God is going to come through for you.”.

Perfect example: I remember a few years ago, I was notified about a position at a popular magazine. Keep in mind that I had no knowledge of Media, Journalism, Blogging, NOTHING! Although, it was always something that I wanted to do. I applied for the position. The morning of my interview, I PRAYED and PRAYED and PRAYED. I really wanted this job! Halfway during the interview I remember the interviewer asking me about my prior experience and skills. He went on to explain to me the requirements of the job.  As I said before, I had no experience! So at this point, I’m thinking to myself please quit talking to me, I DON’T have any experience. I DON’T have any skills, Please let’s just end this right now. But I continued to  just smile through my pain. After the interview was over I immediately just wrote that one off as a loss. Who was I kidding? They weren’t going to hire me! A couple of days after the interview, I told my current job that I was willing to take a position that I had been debating on for weeks because it would require me to move from Los Angeles to Atlanta.  A week after my interview with the Magazine Company, I received a phone call from someone from the company. He apologized for not getting back to me sooner and then offered me the position. I couldn’t believe my ears!!! He explained that although I didn’t have the experience they were looking for, Something told him that I would be a perfect fit. Problem was, I had already prepared for the worst. My flight was booked, Hotel booked, and my daughter was officially unenrolled from her school.

If I had only trusted God! 🙁