The Bible is full of examples for us about being parents. In my quest to think through some of the parenting lessons from the Bible, I tended to only see the negative aspect of these biblical examples.

Here are four parenting lessons from the Bible. Then I will follow these short lessons up with a few examples. I trust that these tips and examples will help us to avoid making the wrong choices.

No matter how much you say, “do as I say, not as I do,” children will follow the active example you model more often than the verbal lessons you teach. Therefore, it is imperative that parents be a good role model.

Be an example of what it is you want to see from your children (1 Corinthians 11:1; Titus 2:1-10). It is sometimes humorous (but often sad) to see how that children whom no one thought were paying attention tend to tell the same stories, use the same vocabulary, and even dress and behave like their parents.

2. Be Unified in Leadership

When speaking about parenting, I have a friend who often says, “any two-headed creature is a monster.” What he is talking about is parents who are not unified in their decisions, or undermine the authority and leadership of the other parent.

Without realizing it, parents who engage in this type of relationship with their children and with one another are tearing down their own authority (Matthew 12:25). They open the door for the children to play one parent against the other.

3. Build a Personal Relationship With Your Children

We are built in His image to give Him glory and bring others to Him. As a family, we have a captive audience to point others to Him. Sadly, so many families don’t function as God intended and therefore are not the example He intended them to be.

Beyond being a good example (a passive, but necessary aspect of parenting) you should engage in intentional training of your children (2 Timothy 2:2). We must spend time teaching our children about the Lord and how to live in this world.

Don’t assume that they will learn these things on their own. They certainly won’t learn it from their peers or the culture that surrounds them.

While the church should be teaching the same things you are, this should be used as reinforcement of what is taught at home. The church or Christian school cannot be depended upon to take the role of family leadership. That is not the way God intended the family to function.

Abraham to Isaac to Jacob to the Patriarchs

The book of Genesis extensively chronicles the family of Abraham through Joseph, his great-grandson. When we think about the four lessons mentioned above, we can see all four of them playing out in the family of Abraham. As I mentioned before though, it is easier to see the negative examples of these actions.

Isaac and Rebekah did many things right in their parenting, but one incredibly wrong thing they did was to be divided on their loyalties to their children. Isaac loved Esau more than Jacob. Rebekah loved Jacob more than Esau (Genesis 25:27, 28).

This caused competition in the lives of the two boys to the point that Jacob fled in fear of his life when he convinced his brother to surrender his birthright (or right of inheritance).

Isaac had a clear understanding of who God was based on everything that he learned from Abraham. We see Isaac trusting in the promises that God had given Abraham. In contrast, Jacob seemed to have a pretty bad relationship with his children. After Joseph’s brothers lied about Joseph being dead they feigned to comfort their father Jacob in Genesis 37:35.

If they really desired to comfort their father they would have told him the truth and went and gotten Jacob back from the Midianites. They could have truly comforted their father if they chose to do so.

When God came to Isaac to reiterate the Abrahamic covenant in Genesis 26, Isaac would have known all about the promise of God. Isaac was an integral part of that promise. In Genesis 22 Isaac was taught by Abraham and was well aware of what God had done in providing a sacrifice to take Isaac’s place on the altar.

Do you have biblical examples, positive or negative, of these parenting truths that you want to share? Leave them in the comments below or even give some parenting tips you’ve learned from the Bible. 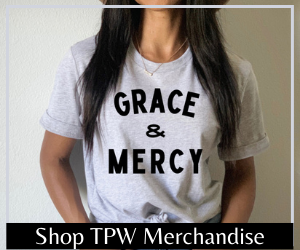 3 Reasons God May Remove Someone From Your Life64.1K Total Shares

3 Things to Expect When You Are Chosen by God51.6K Total Shares