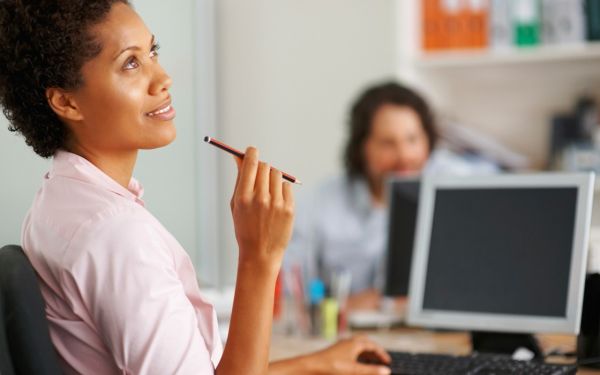 Have you ever felt like you knew, without a shadow of a doubt, what you were born to do in life, but all paths seemed to lead in the opposite direction? This may be exactly where some of you are at this point in your lives.

It may seem as though God is shifting you from what you thought was your calling into a place unknown. Doors are being shut, prayers seem to be ignored, and now you’re at a place where you’re just not sure anymore.

-Not sure if God is pushing you in a new direction for a different purpose.

-Not sure if what you’re praying for is outside of God’s will.

-Not sure if you’re missing an important message God is trying to get you to see.

However, what I have learned is often, the most contradicting paths in life are the ones leading you right into your calling.

In The Bible, the greatest men and women of God experienced brutal trials that (seemingly) stood in direct opposition to the calling on their lives. These were men like David, Joseph, Moses and Elijah and women like Ruth, Esther and Sarah, to name a few.

Each one of these individuals traversed life-threatening situations or means beyond their control. However, they also ended up playing a vital role in something much greater.

Our lives are no different. The mystery is hidden in the trial, where the refinement of who we are forges us into who we are called to become.

There are circumstances and events that happen in our lives that we may never completely understand. But with every affliction, we are being transformed through our experience. It calls to the deep in us, to bring out of us a power and understanding to pave the way for something greater. Experience is the catalyst of growth.

When David was selected by Samuel as the future king of Israel, he was the youngest of 11 brothers. So little was thought of him that his father didn’t even mention him to Samuel. He spent his youth as a shepherd, and landed his first moment of fame and fortune when he killed Goliath.

It is the moments in between, where we have been, and where we are going, that shape us for our calling. David had learned to kill bears and lions with a sling as a boy. Goliath was no different to him. The Lord had kept David safe from fierce animals, so he believed The Lord would protect him from Goliath.

It was his experience that molded his fearlessness. Little did he know, it would be a brutal 13-year journey of running from his own countrymen, hiding in caves and fighting his enemies before the day came when he was appointed King of Israel.

When we read stories of great men and women, we are usually presented with their highlight reel.

But the highlight reel hardly reveals the work that went into creating it. No one enjoys discomfort. The purpose of tension in our lives is entirely missed when we fail to see how we can learn and grow from them. What do trials, adversity, opposition and tragedy have the power to teach us about our destiny?

Many times, my life seemed to pave pathways that led me in the opposite direction I was trying to go in. But God has a way of connecting us to our calling in the most unforeseen ways.

Throughout Psalms, this tension exists when David expresses his doubts at times. At other times, he praises God with confidence and assurance. Thirteen years is a lot of time running, hiding, fighting and hoping.

After fleeing from his own king and countrymen and having his own followers nearly turn on him, he took the most unusual route. He persuaded Israel’s arch enemies, the Philistines, to allow him refuge among them.

It was about that time that the shift from contradiction to David’s calling began. After King Sail was killed in battle, David returned to Israel with The Ark and was made king.

We were all created with a unique footprint – ways in which only we could impact the world around us. We were created with dreams, passions, creativity and imagination.

The things that contradict our calling are often the balancing forces of life. If life was purposeless, we would have no reason to grow. And growth is the key to sustaining life.

If you are in the midst of confusion, storms and trials, if at every turn it feels like there are more battles than victories, you may be in a season of growth.

In fact, the contradictions to your calling may be opening the door to your destiny.