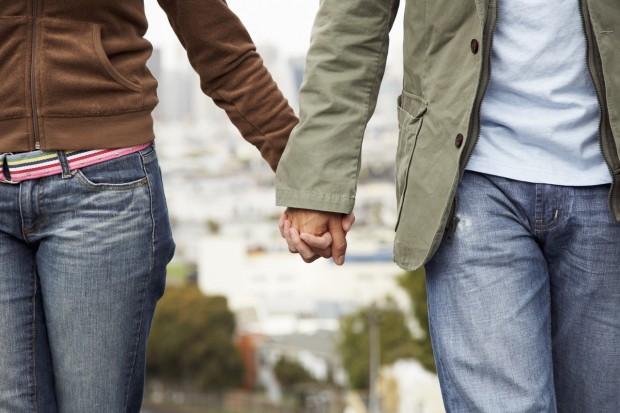 Once upon a time, I got led on.

Yep, you heard me.  The “relationship expert” herself, got led on.  In fact, getting led on was not a one-time deal when it came to my interactions with the opposite sex back in the day.  At one point in my life, a predictable relationship pattern started to emerge between me and men.  It went something like this:

Step 1:  He starts interacting with me.

Step 2: I get very excited about the prospect of this potential interest, and show some interest back.

Step 4:  I start reading into this interaction, and dreaming of our future. I continue to give, love, and serve.

Step 5: We continue to interact.

Step 6: I start feeling confused.  Does he like me, or are we just friends? Was that a romantic wink, or was there something in his eye?  Are these dates, or am I just his pal?

Step 7: We continue to interact.

Step 8: I feel more confused, but remain silent.  But I keep on giving…

Step 9: We continue to interact.

Step 10:  And the Grande finale?  He tells me he has a girlfriend, or that he’s interested in another girl, or alludes to me being a great sister in Christ, or introduces me to his crush, or drops off the face of the earth.  The end.

With this kind of relationship history, you can probably get me when I say I used to have a little bitterness in my heart toward the entire male race.  I concluded that- Christian or no Christian- they were all the same: confusing, selfish human beings, looking to just have a good time at the cost of my broken heart.  I blamed them, and felt a little hopeless that the well-being of my heart pretty much depended on this kind of discouraging interaction.

Have you ever felt that kind of discouragement about interacting with the opposite sex?

I’m sure we all have at some point. But looking back, I had no right to blame anyone in those kinds of dysfunctional and desperate interactions—but myself.

You see, when it comes to being “led on” by someone of the opposite sex here’s what it comes down to: you can only get led on if you continue following.  The term alludes to a picture of someone being a leader, while the other is the follower.  I chose to be the follower, instead of taking charge of my life.  I allowed my life to be controlled and determined by the choices and decisions of others, rather than respecting and loving myself enough to control it for myself.

When it came to relationships with the opposite sex, I was so determined to let them “lead” (because I was a woman who was wrongly taught that men were supposed to “lead”all relationships) that I allowed myself to hang on to unhealthy relationships and interactions with men  that drug on until they got tired of me, or got something they wanted, or moved on to the next thing.  I kept giving, and giving, and giving, even when there was little to nothing being given back to me.  I was so desperate for love and for a relationship that I failed to recognize (and even gave up) my control in the matter.

The truth is, in each situation there were numerous things I could have done to take control of my relationships like: confront him about this seemingly romantic relationship, clarify where the relationship is going, stop giving until I started getting something back, or set some boundaries instead of just letting whatever happened happen.  But, I didn’t do any of those things.  I just kept following.

I think Christian women especially get so bogged down by the concept of men being “leaders” that we fail to recognize that God only calls us into this kind of “leading” relationship within the walls of a loving, respect-filled, and mutually submissive marriage.  We are not called to simply “follow” a man for the mere fact that he’s a man.