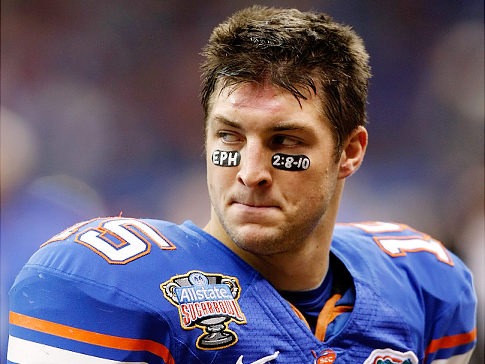 Christian quarterback for the Denver Broncos Tim Tebow has taken a lot of flak for his faith. Players from other teams, as well as fans, have openly mocked and ridiculed Tebow’s Christian beliefs, and even media outlets have taken jabs at his faith. Still, Tebow has remained steadfast and has attracted the attention of fellow Christian Kurt Warner, a former quarterback for the New York Giants and St. Louis Rams, who has some advice for Tebow: “Tone down the public displays of your faith.”

Tebow is not ashamed of his faith. He began his postgame news conference Sunday by thanking his “Lord and Savior, Jesus Christ” and ended it with “God bless.” He openly prays on the sidelines and even on the field when he has thrown a touchdown. Tebow is often seen taking a knee, either in prayers of gratitude or in anticipation of a play. In fact, he does it so often that newspapers and fans have given this gesture a name: “Tebowing.”

Tebow has effectively used his position as a high-profile athlete to promote Christianity, and he stands out as one who is wholesome — even openly revealing to the media that he is a virgin — amongst other professional athletes who are often the subject of news stories for their bad behavior. He is one of the few positive role models in sports that gets significant media attention. Should he give that up and follow Warner’s advice to tone it down?

“Whoever denies Me before men, him I will also deny before My Father who is in heaven”