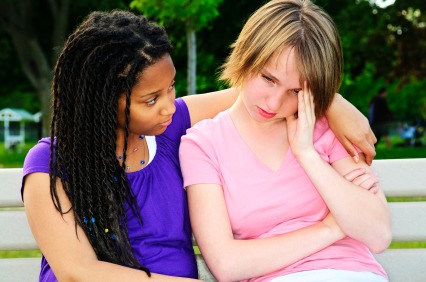 I recall a conversation I had with a good friend of mine several months ago. Although we both live in different states, we would always call on each other in our time of need. She was experiencing her share of disappointments and just needed to vent. So when asked the question… “What’s wrong?” She immediately replied “EVERYTHING” . She said that she had just received a call from her dad, letting her know that her mother’s breast cancer had come out of remission. She began to explain to me that she was hurting over the recent breakup of her 7 year relationship with her ex. After many failed attempts to start her own business and many doors being slammed in her face, she was now ready to give up on the idea of starting her own business. She went on to add that due to the breakup with her ex, she was now also without a place to stay. (Since the home she shared with her ex was solely his). Because she had no family or close friends in Miami, she had decided to move back home to Chicago with her parents. (additionally because of the troubling news about her mother)

A few months after her move back to Chicago, she decided to send out her very last business proposal, before she officially gave up on the idea of starting her own business… and guess what? The bank approved the loan!!!

Her mom had a mastectomy and is doing well! In the past, they never seemed to get along much, But now they are Besties!

As for her ex… Turns out, The reason why he decided to end the relationship was because he didn’t see marriage or kids in his future anytime soon. My friend had been hinting to him that she was ready to take their 7 year relationship to the next level. I am happy to report that 8 months later, she is now engaged to a wonderful man of God!

God is never wrong! Though we may never understand His reasoning, We just have to accept that He knows what’s best for us. So the next time someone asks you “What’s wrong?” say “Nothing that God can’t handle!”

Lord, As I face today’s journey, I pray that you will turn every obstacle into an opportunity! In Jesus name, Amen!