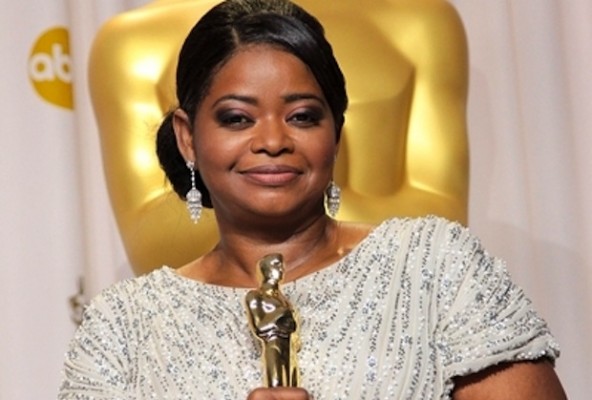 Oscar winner Octavia Spencer is now strutting her stuff behind the camera. She has crafted a short film about bullying, which features narration for her Help co-star Viola Davis. According to Indie Wire, The Unforgiving Minute tells the “story of a young boy growing up in an environment peppered with judgment and lack of understanding.”

… tells the story of a young boy growing up in an environment peppered with judgment and lack of understanding. He lives with his Mom who is a single parent, his sister and grandparents. The family is a loving one, but the young boy longs for the father he has never known. He is faced with school bullies that taunt and harass him (and other schoolmates) daily. Through these challenges, however, the boy is not defeated. Instead he perseveres taking a life-path of honor and hard work that is applauded by his classmates and that guides the boy ultimately into a man of prominence, inspiration and great achievement.