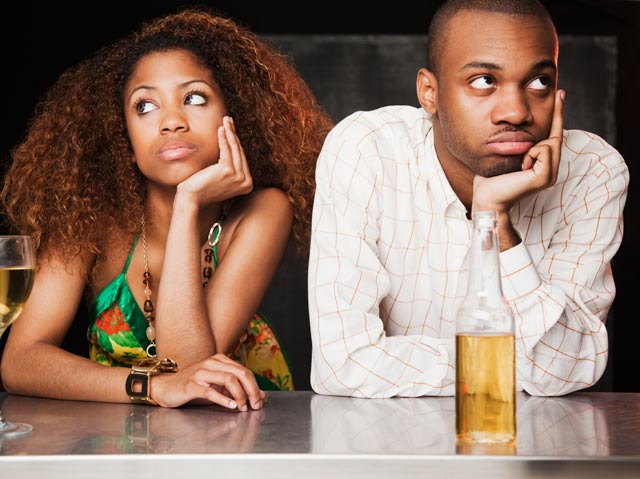 The man I am married to is my high school sweetheart. We separated for years but we got back together in December of 2011. It started when I backslid and was with him and his friends while they drank, but over a few months it got worse. I was the responsible one with a car and I ended up driving these drunk people bar to bar through the night. Then I got closer to God and told him I don’t want that in my life and if he didn’t want to change he could leave. He lied and said it wasn’t a problem and I was more important. So we got engaged. The day I went and bought my expensive wedding dress I came back to find that my uncle we were living with (who didn’t know about his alcoholism) gave him a rum and coke. So that triggered him and brought me into a night of hell. He was so drunk he was kicked out of 2 bars and told me I was nothing. Even people at the bar with no morals were telling me to leave and looking back now I know I should have. How silly of me. But I thought he was just going through a rough time and I knew how much he loved me. He had tried getting back with me every few months every year we were apart. But that was just the start. During this time I graduated college so my stay at my aunts was supposed to end. He offered to get us a house so I went with it. And cried the day I moved out. Over the months I seen him drunk, high on meth, weed, and sometimes pills. Before the really bad stuff happened my family and pastor told me it was sin to live together unmarried which I knew so we got married. Then it all happened. He has left really big bruises on me before. He had a job working out of town and he ended up going to a strip club in January. I told him that was it. I still cry about it to this day. He ditched the bad friends and changed for months. But just recently he has had just one beer after work on Fridays because he worked so hard but it has turned into 8 and he gets so drunk. I don’t know what I’m supposed to do because my life is not in danger and god hates divorce. We just put an offer in on a house and then I discover he was looking at strip clubs online and thinking about leaving me before we put the offer in. I was so hurt. On top of that I’ve found out I’m infertile. I have had serious depression and thought about killing myself multiple times but I am too scared. I don’t want the devil to win in my life but I don’t know what to do anymore. Please everyone who comments make sure your statements are backed up by scripture. I need Bible guidance. Thank you so much.

What are your thoughts? Any advice for this young lady?