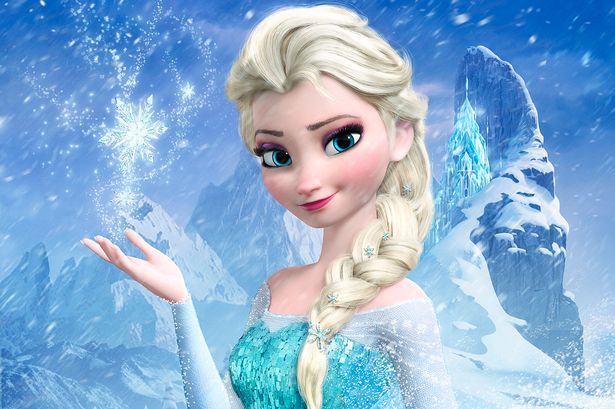 This past weekend my husband and I took our daughter to a Princess Ball. 90 screaming little girls, all of their mommies (and some daddies), and all the Disney princesses that have ever existed were all in one extremely hot middle school gym. As it was coming to a close, all of the little girls gathered around Queen Elsa (from the movie Frozen) as she sang her signature song, “Let It Go”.

The next morning, as I was lying in bed, the song came back to my mind. I have to confess that I’ve only seen the movie 1 time and can only recognize the songs because my daughter goes around constantly singing them. I decided to look up the lyrics to this particular song since the only thing I could remember was “let it go”. If you are unfamiliar with the movie, Queen Elsa has magic ice powers that she doesn’t want anyone to know about for fear that she could hurt them with it. Her entire life they’ve told her to conceal these powers. She’s finally to the point she can’t conceal them any longer, so she runs off to her own ice palace away from everyone else to be alone where she knows she can’t hurt anyone. The first chorus I came across was:

When it comes to our spiritual life, this is how we are many times…especially when we are facing trials. We want to run away from everyone and slam the door. We’ve tried to conceal our hurts because we don’t want anyone to know and we think we can fix it ourselves. We get to the point that we are at the rock bottom and we just say, “Let the storm rage on….it’s probably going to kill me anyway.”

As I went further into the song, I noticed the last chorus had different lyrics:

We really need to get to this point! It’s time for us to let it go and stand in the light of day…with God! We need to rise up and remember we are more than conquerors through Christ! The physical problems, the financial problems, the marital problems, the struggles we face…we need to give them to God! Only at that point will we be able to face our trials and “rise like the break of dawn”! I heard a new ending to this chorus as I was talking to God…”Let the storm rage on!! God’s got it in His hands anyway!” So today, let’s LET IT GO and give it to GOD!!! Don’t let your fears freeze you in a place you don’t have to be…alone and ready to give up!! Remember…God is the ultimate problem solver!

Psalm 55:22 – “Give your burdens to the Lord, and he will take care of you. He will not permit the godly to slip and fall.”