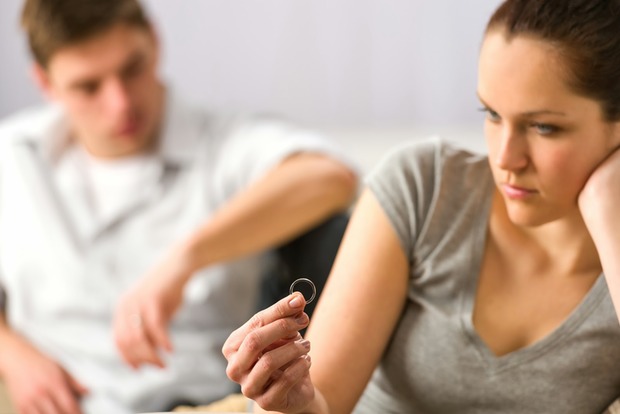 I think I’ve dreamed about  my wedding from the time I had my first school age crush. From my dress, to my cake,  to my bridesmaids, even down to my groom. He was going to be tall, dark, handsome, and well dressed.

Two years ago my dream came true (or so I thought). We met through a mutual friend so I thought right away I had an advantage by bypassing all the serial killers and crazies out there. From what I was told about him, he was a police officer (so that at least meant he didn’t have a record), He was a good God fearing man, and was “going through” a divorce. Meaning he was still very much legally married. Yes I know… I should have ran for the door. That would have been the Godly thing to do. But I was repeatedly reassured by our mutual friends that he was for sure done and over his wife, and besides, he was everything I had prayed for.

By our 4th month of dating, his divorce was final and then one night while having dinner with friends, he proposed.  The proposal was even more beautiful than what I had always imagined it would be.

The day that we got married, he TOLD me I was going to quit my job and become a stay at home wife. I spent 8 long years in college/ law school, passed the bar exam on my first try, had just landed the job opportunity of a lifetime, and now my husband of  about 6 hours basically is telling me that all my hard work was in vein? It’s like God was telling me that I had to give up this part of my life if I wanted what I had been praying for most of my life; My husband.  I loved him so much that I was willing to do it. More importantly, I wanted to be obedient to God. After all, a good Christian wife is supposed to submit to her husband right?

On our honeymoon, he dropped another bombshell on me. He wanted to up and move over 2,000 miles away to Indiana from California. Once again, I found myself “submitting” to my husband. I remember thinking: “God, you should be so proud of me.”

And then came the never ending list of what I could and couldn’t do as his wife:

“Don’t go to the gym without me.” (this was his way of watching who I interacted with)

“Don’t have company while I’m not at home. (this included family- mother included)

“Keep your ‘find my iPhone’ enabled at all times.” (this was his way of tracking my every move)

“Keep the surveillance cameras on. (I couldn’t tell if they were to keep intruders out or to keep me in)

I kept reminding myself of Mark 10:9 “Therefore what God has joined together, let no one separate.” But what if the marriage was not ordained by God in the first place?

I was starting to realize that I was not dealing with a Christian man nor was I the Christian I claimed to be and this had nothing to do with submission. This man had an issue with control and it was much bigger than me. I also had an issue with control. I was trying to control everything that happened in my life even when it meant moving ahead of God. Right down to the man I chose for myself. A married man. God had nothing to do with that. I allowed my eyes to rule my heart. I got everything I wanted: tall, dark, handsome, and well dressed… but nothing I needed: Godly, Respectful, Honest, and  well rounded. Little did I know, my shallow checklist almost cost me my life.

Three weeks into our marriage, I was hanging out with my sister and a couple of her friends. Just grabbing a bite to eat. When I returned home, I was greeted with a fist to my face for being 8 minutes late, and then another one, and then another one. I remember praying to God to spare my life, because I just knew I was going to die that night. At that point I think the fact that I had disappointed God hurt more than the blows to my face.

I remember waking up in a hospital days later. I didn’t even recognize myself. Thankfully my neighbor heard my cries that night and called for help or Lord only knows what may have happened.

Sometimes I think back to that night. Mostly whenever I feel myself getting impatient and trying to rush things I should be trusting God for. God’s plan is never to harm us, but to prosper us and give us hope and a future.- Jeremiah 29:11