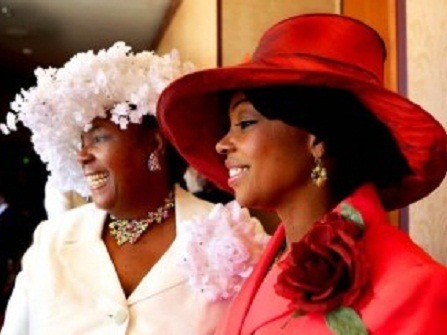 When I first heard the news that there was even a possibility of a religious reality show, I

jumped for joy! That was until I realized that they will be produced by True Entertainment, the same production company behind Real Housewives Of Atlanta. Nothing against RHOA, but if you recall… Not one BUT two of the cast members were dismissed from the show for NOT bringing enough drama. Deshawn Snow (1st season) and Lisa Wu Hartwell (2nd season) I’m praying that that will not be the case for RPWOA. Unlike RHOA, this show has the ability to make a positive impact on women.

We are excited to work with TLC to profile the lives of these strong-willed women,” True Entertainment president Steven Weinstock says. “With most praise in religious communities directed towards male preachers, we are thrilled to give these remarkable ladies the spotlight they crave and deserve.

The series will follow the women who play the role of preacher’s wives and mothers at home.  No official airdate has been set.

Will you be watching?