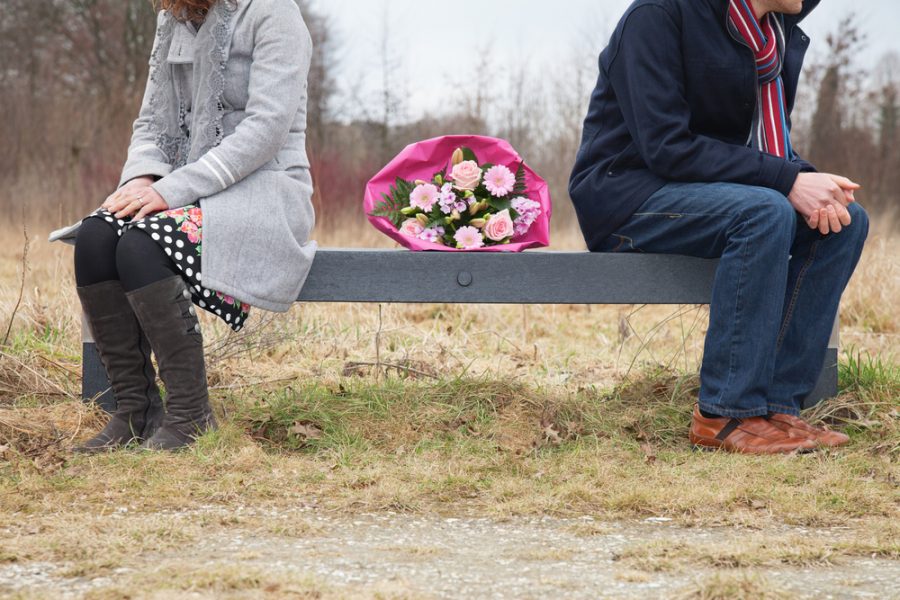 Are you waiting around for “Mr. Right” to come knocking on your door? Did you vow that unless God set the perfect husband right in front of you, you would never marry? I did.

What seemed like the perfect plan years ago, I am now seeing in a totally different light. I realized recently that saying I refused to put myself out there was actually more of a barricade of defense rather than a super spiritual proclamation.

I had to have a hard conversation with myself and find out if I was actually acting out of fear.

You see, the thing is, it’s all the same…fear of commitment, fear of rejection, fear of failing. It’s all fear, and it can root itself deep within before you even realize it, and the truth is, it is so much more comfortable to place the blame for your lack of success on God. To say, “It must not be His will for me to be married.”

When I finally faced these facts, the harsh truth was, whatever I didn’t have in my life was probably because I hadn’t put myself in a position to receive it. Ouch!

I had to come to the realization that if I wasn’t being obedient and being in the places God was leading me to be, then the chances were pretty slim that I was ever going to cross paths with the future husband He had set aside for me. I wasn’t acting in faith.

Sometimes God is guiding you to take a step so He can put someone in your path.

Please don’t misunderstand – God is perfectly capable of sending a husband to your front door, but to be honest, most of the time what He wants from you is faith.

The Word says in Hebrews 11:6, “But without faith it is impossible to please him…”

Waiting for God to send someone to your door frankly is not faith.

It’s fear. And that, my friend, is the exact opposite of faith.

Take, for example, Noah. If he had said, “God, I am going to just sit here with my family and enjoy what’s left of our time here. I am trusting you to deliver my family and me from this flood you’re telling me about. Okay? Great.”

What would have happened?

He probably would have drowned with all the others because he would have been acting in fear instead of faith. I mean, it sounds good, right? In my scenario, it sounds spiritual to say that he would just trust God to reach down and pluck him from the torrential rains, but God had already told him what to do to be delivered.

It was his job to have faith that God was leading him in the right direction and to obey.

Don’t be like my made-up version of Noah or like my friend who barricaded herself inside her house. Be like the real Noah! Step out in faith. Allow God to lead you out of your comfort zone. You never know…your future husband could be waiting for you just around the corner!

Are you praying for a husband? A better question would be… are you allowing fear to block your blessing of a husband?