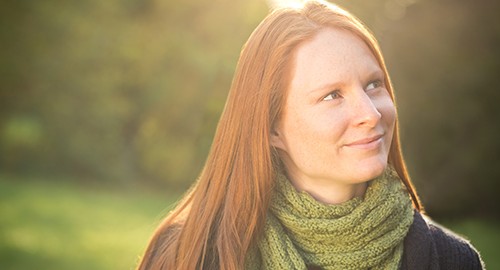 Genesis -Chapter 18 tells the story of how God appeared to Abraham near the great trees of Mamre.

As Abraham was sitting and speaking with the three men one of the men said, “I will surely return to you about this time next year, and Sarah your wife will have a son.” Sarah was standing listening at the entrance of the tent. At the news from the man that she would have a son Sarah laughed and thought, “After I am worn out and my lord is old, will I now have this pleasure?”

The Lord asked Abraham, “Why did Sarah laugh” and say “Will I really have a child, now that I am old?”.

You have to understand that it wasn’t usual for Sarah to laugh at the news that she would have a son. The text tells us that Abraham and Sarah were old, and Sarah was past the age of childbearing. However, Sarah’s response was based on their physical ability to produce a child at their age.

But take notice to the Lord’s response to Sarah’s laughter,

“Is there anything too hard for the Lord?”

The promise the Lord made wasn’t based on Abraham and Sarah’s physical ability nor was it based on the fact that Sarah’s womb was barren. The promise was based on the Lord’s ability. Sarah looked at their reality and gave it more credit than she gave the power of Lord.

What barren issue are you dealing with that has caused you to write off the power of God? Maybe you are consumed by financial debt and feel like you are never going to get ahead.

But ask yourself this one simple question… Is there anything too hard for the Lord?

Maybe you are dealing with a physical illness and failing health.

Is there anything to hard for the Lord?

Maybe you are dealing with some type of addiction and you feel like you can’t overcome it.

Is there anything too hard for the Lord?

What promise has the Lord made you that has caused you to laugh with doubt?

Just like Sarah we look at our reality and put more faith in our reality than we do in God. But every time the devil tells you that you will never get out of debt? Speak to that fear and say “Is there anything too hard for the Lord? No!”

Every time you think you will never beat that addiction, ask yourself “Is there anything too hard for the Lord? No!”

Every time the devil throws doubt, throw back the question “Is there anything to hard for the Lord?” Absolutely Not! Not only do you remind the devil of the power of God, but more importantly, you remind yourself.

Genesis 21: 1-3 & 5 records the birth of Isaac as so, “Now the Lord was gracious to Sarah as he had said, and the Lord did for Sarah what he promised. Sarah became pregnant and bore a son to Abraham in his old age, at the very time God had promised him. Abraham was a hundred years old when his son Isaac was born.

Genesis 21: 6-7 reads as so, “Sarah said, “God has brought me laughter, and everyone who hears about this will laugh with me.” And she added, “Who would have said to Abraham that Sarah would nurse children? Yet I have borne him a son in his old age.”

Always remember that regardless of your current circumstances and reality, God always has the last say so.

Is there anything too hard for the Lord? NO!