Yesterday, one of my close “friend girls” (as my sister would say) and I went to an ice cream parlor. The server seemed to be a  polite young man who looked like he was about 14 or 15 years old. After we finished eating our ice cream, we asked for the check. The amount owed was a little over $8.00. So, I gave the young man a $10.00 bill and waited for my change. He walked over to the tip jar and dropped my change into it. My friend said, “Well, he got his tip!”

After we got outside, I told my friend that the young man reminded me of a couple of photos that had been circulating around the Internet. The photos are drawings of a man (who is supposed to represent Jesus) kneeling down on one knee, holding a big teddy bear with a red bow behind his back. There is a little girl standing in front of him clutching a smaller one. The representation of Jesus is trying to give the little girl a bigger and better bear, but she only wants to hold onto the small teddy bear she sees in her arms. This is because of her lack of faith.

When we ask the Lord for something, we may try to solve our own problems or concerns because we think He is not moving fast enough. We also may believe we may not like His solution. In the case of the young man in the ice cream parlor, he went ahead and took his own tip like he felt like I wasn’t going to give him one. But, if he had waited he would have found the money he threw in the jar was less than the money he would have gotten if he had just gave me my change. The lesson is that we should wait in faith on the Lord and make sure we aren’t throwing our own tip in the tip jar.

Therefore I tell you, whatever you ask for in prayer, believe that you have received it, and it will be yours. – Mark 11:24

Have you been putting your own tip in the tip jar? 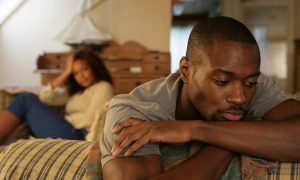 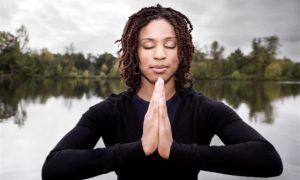