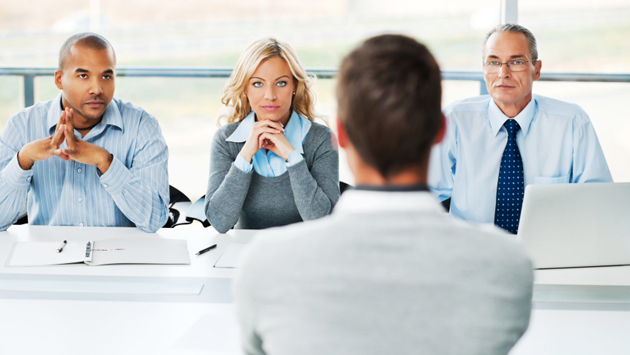 Back on 11/9/12, I left the company I was working at because they were behind payroll.The longer I stayed, the more behind they were going to be.

During the months of November, December and January, I had no salary coming in. I had many interviews but none that were solid leads. Because I didn’t have a salary and much of my savings were gone, I paid for everything on credit cards. As a result, I racked up more credit card debt than the average American. Prior to this, I had zero. This was one of the first times where I had serious negative thoughts about who I am, and how I have failed. I would have days where I could not stay positive. Even getting up in the morning was hard. My daily prayers were always 1) seeing who God is, 2) staying positive, and 3) financial need.

Things went from bad to worst. I could never fill up an entire tank of gas. I had to balance every month what bill I was going to miss because I couldn’t pay them all at once. And I couldn’t see a few days ahead financially.

This may have been one of the first times that I realize how much a person’s mindset affects their situation. But the mindset of “I can overcome it” helped me come up of ways to get out of the situation. I know that God gives me confidence in Him that He will provide. But He won’t do the thinking for me. He can tell me all about how great He is, but I still need to make the choice to believe Him. So this is what I’ve come to understand- that God and I work together. It’s a cooperation between His guidance and my follow-through.

A job opportunity came in January when a very good friend referred me to his friend who owned a web design company. It was a small company and I interviewed with everyone. Things were looking up until a big hiccup. I had mentioned during one of the interviews that I was a Christian. He revealed to me that the company has a client that promotes gay and lesbian rights. That didn’t sit right with me. How could I, a professing Christian work for a company that promoted things that went against God’s commands? After all, my job would have been to promote this client’s marketing messages! I couldn’t imagine what I would do if I needed to write blog posts or create twitter messages for them.

My choice was basically to uphold God’s moral law and not know how I was going to buy next week’s groceries or advocate something I knew went against God’s word. I never thought I would have to make this choice. After much counsel, I was going to explain my stance with truth and love in person before the interview started. And if it was a dealbreaker, then that’s okay.

The words did not come out easy. I explained that God loves people just as I love people. But I could not work on something that would go against what God hated. To my surprise, they took it well and respected the the fact that I stood up for my beliefs. But also to my surprise, they told me instantly that I would not be a good fit because that was one of their top 10 clients and everyone on their team would work with them as some point. So the interview was short- 5 minutes if that.

Walking out, I was back to zero options and was thinking “God, what am I going to do?”. This was the first time that a company had turned me down for something other than my skillset. The next two days were really hard. And then God shows up.

On Friday that week, I got a text notifications from my bank about my balance. Usually, it’s not good. But this time, I saw a number that I could not believe. To put it in perspective, it was enough for me to go on for another month- allowing me to pay for my mortgage, some medical bills and not have to ask my Church for money. I seriously thought God himself direct deposited the money. I knew my parents didn’t send me money because they had none and they would probably have told me. So I checked into it further and saw that the previous company that I worked for had paid my 2-weeks salary (three months later).

They owed me salary but no way did I think they were ever going to pay me, especially since three months had passed.

When I turned down the interview, I never thought “God, you better hook me up because I did this for you”. No, I just knew that was the right thing to do whether or not God reciprocated. I didn’t tie my decision to a material reward. I knew God didn’t work like that. But He did bless my decision to uphold his law. And there’s nothing for me to do except to give Him praise.

I also thought about the story of Job, and how he lost everything. But he still didn’t curse God. He said that when God made him, he was naked and and naked he’ll be when he dies. And at the end, God blessed up. And that was how I felt. I started with nothing and if I end with nothing, then I’m ok with that.

During this period when I was actively job hunting, I stumbled upon the mobile app industry. After reading a few books on building and marketing an app, I jumped right in. I came up with the idea for the Bible Trivia game. To my surprise, many people have emailed me and said they’ve gotten back to reading the Bible after playing the game.

Looking back, this was the path that God had planned for me. No wonder I couldn’t land a job. I always knew God was with me. And the verse that spoke to me a lot during this time was:

(Psalm 73:26)- “My flesh and my heart may fail, but God is the strength of my heart and my portion forever.”