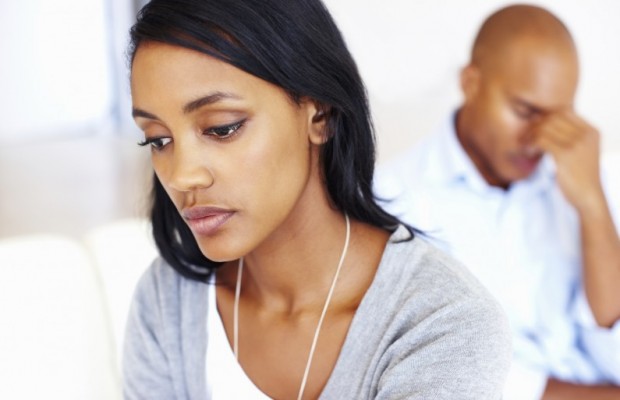 Here’s my issue and it’s weighing so heavy on my heart. I have been married to my husband for going on 10 years this year, we have three beautiful children and another on the way. He has been unfaithful to me numerous times throughout our marriage, once resulting to another child with another woman. Last year, he left, right after our third child was born. He moved in with another woman, joined her church begin planning a wedding. I moved away with my children to start over, I told him numerous times that I would sign the divorce papers that they did on their own, only if they were fairly written, because neither of us could afford an attorney. He never had the papers correctly done, his mistress emailed me the papers, which I typed correctly and signed myself. When I expressed this to him, he blew a fuse, he was so upset on the phone yelling and screaming, I let him get it all out and asked him what was the problem, I thought this is what you wanted, he said to me I want to come home, I made a mistake, I should be with you and our children (at this point he has been living with her for almost a year) Long story short, after months of talking on the phone and hashing issues, concerns, and expectations. He moved to where we currently live. After two months of him being back, he begin talking to the same lady again and has continued this relationship with her. He lives with me but he has went to see her twice that I know of (because he had work in that city), he talks to her every day. He says that he loves us both, but he wants to be with her. I expressed to him that if that’s the way he feels, then he should move back in with her. He told me that he would file divorce papers for the last two months and he has not, I found out recently that he can no longer file the divorce papers that we originally did, and where we currently live we have to be separated for a year. What also bothers, is the lady that he’s seeing says she’s a Woman of God, and I don’t doubt that, I will never question anyone’s faith, however, I don’t understand how she can say she’s not doing anything wrong and how she could be okay with seeing him knowing that he has a wife. She has known since the beginning. She blames me for the divorce not being done, but it’s not me. I can’t see myself dating a married man at all, no matter what he says his situation. Like I said he still lives with me, he has made no effort to move out (and he said he would), he cooks, cleans, very active in taking care of our children, we go to church together, we go on dates, and he plans family outings and all that. I asked him why does he do all of these things when he says he wants a divorce and his response is because I love you and I care about you so much, no matter what happens you will always be my best friend. Huh? I don’t get it, I don’t understand. I’m so confused. I love my husband with all my heart but I cannot deal with all this. It’s so hard letting go. I’m really in need of some encouraging words. I know this is not what God has intended for me.