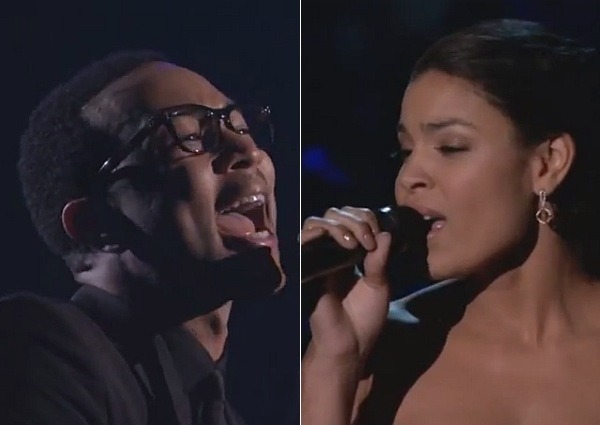 Tonight was a bitter sweet night for the family of Whitney Houston. They looked on with tears in their eyes as the powerful voices of John Legend and Jordin Sparks paid tribute to their beloved angel.

Jordin Sparks, who plays Whitney’s daughter in the upcoming remake of the film “Sparkle” , brought the audience to their feet with a powerful performance of Whitney’s iconic, “I Will Always Love You.”

“Thank you for supporting her through the good and the bad… showing that much love, because she deserved it,” Bobbi Kristina said.