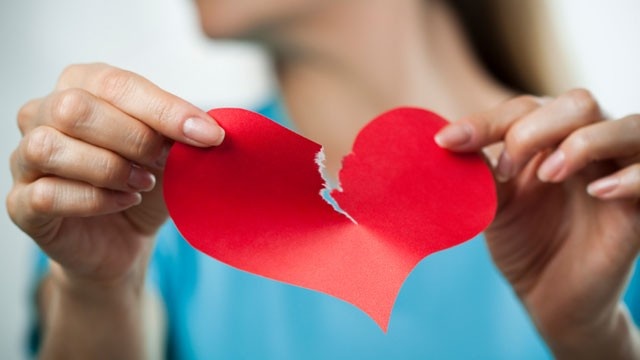 (Proverbs 20:30)”Blows that hurt cleanse away evil, As do stripes the inner depths of the heart.”

The hands down most difficult break up I’ve had was with my almost 5
year relationship. Imagine talking, eating, practically breathing and
coexisting with another person 24/7 for 5 years then suddenly putting
an end to it. It’s like those 5 years of your life became meaningless
or non-existent. Imagine someone punching a huge hole in your heart.
I’ve never felt so empty and so lost after that. I questioned
everything. I never looked at the world the same way again.

What happened after that was kind of a blur I could barely remember
details. All I remember now was that I was so full of hate at first. I
lashed out at this person and hurl every expletive and insult I could
think of for as long as I could. It was a dark dark time. I was at my
worst monstrous state. Until I grew tired of it.

Then I remember praying desperately trying to be in God’s presence. I
couldn’t pray. I didn’t know what to say. I just asked God to let me
be in His presence, allow me to be with Him though I couldn’t feel
Him. Let Him embrace me in my numbness. I held my rosary beads every
night without saying a word. That’s when I understood the true meaning
of prayer. It’s not the words we say, the prayers we memorized or
repeatedly utter, it’s communing with God even in silence. It’s
knowing that He’s there, when you need Him, even when you don’t want
Him. It’s simply being in His presence.

I wrote down how I felt. I talked about it with people who I know will
not judge me despite my wrong decisions. I kept attending prayer
meetings even when I was at my numbest that I couldn’t make sense of
what I was hearing. I tried to avoid familiar places although that’s
quite impossible because 5 years of togetherness means walking almost
every street you know together. So I just let things be. I focused on
work, juggled 3 jobs, tried to enjoy being with
friends. I tried living without this other part of me. And I lived.

It was an excruciating experience, probably the worst because I was at
my lowest. It taught me a lot though. It made me independent. It made
me more cautious, more sensitive towards others, more empathetic, more
charitable to those who are suffering, wiser, stronger, more
appreciative, and most of all… more desperate for God.

I climbed the mountain that I thought was blocking me from the life I
used to know. And it gave me the most beautiful view I could ever ask
for. I never saw the world the same way again.