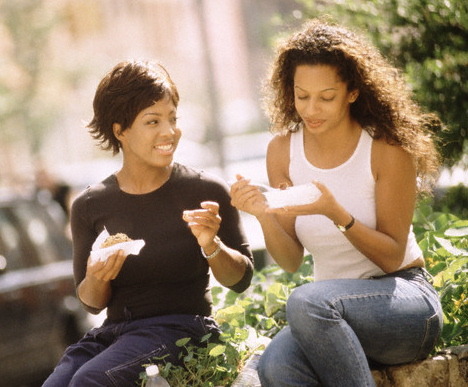 Hebrews 13:17 Obey those who rule over you, and be submissive, for they watch out for your souls, as those who must give account. Let them do so with joy and not with grief, for that would be unprofitable for you.

A few weeks ago, I called up a friend and asked if she wanted to go for a walk in the park to break the monotony of being in the house.

Going to the park that day was a task in itself. What time should we meet? How long do we stay? What are we going to talk about?

I am one of those who likes to have a plan or if I’m honest with myself I just like to be in control. I couldn’t believe I had so much anxiety about hanging out with a friend. I was almost fearful but kept feeling GOD gently pushing me out the door.

For months we had being saying we needed to get together and every week it was a different excuse. I had to keep telling myself “We are going to the park and that’s it!” Whether it’s for 5 minutes or 5 hours we are doing this.

It’s so funny because once I walked out the door, started the car and got on my way I exhaled. So what’s the BIG deal about going to the park with your girl you might be wondering??? Well, let me tell you how GOD kept working during our park outing. First of all, just to be in the company of another sister, friend was comforting.

Anyhow, as we started our second lap around we were stopped in our tracks by a flock of geese crossing the street. We were so amazed that we stood there for what seemed like 10 minutes just watching, enjoying and laughing. There had to be at least 30 or more. What was most interesting is they didn’t all get together and say let’s cross the street as one big group. The first one took a step and the rest followed in groups of 2 and 3’s. They took one step at a time. They did not rush because of the traffic that was stopped in both directions. They did not get distracted by the crowd watching, laughing and taking pictures. They didn’t decide to just fly to the other side because waddling was taking too long. It seemed like the more geese that made it across the more that came to cross. My friend and I simultaneously looked at each other and said “I think GOD is trying to tell us something”.

What we learned from that experience is that if we just pay attention to what GOD is directing us to do, He will handle the rest.

When I first pulled up to the park I noticed a “Duck Crossing” sign. I giggled and dismissed it. I mean there were people, pets and cars everywhere. The park was off of a main boulevard and it wasn’t safe for people let alone wildlife.

It was easy to see all of the possible barriers. We were also so caught up in our own “stuff” we had failed to notice the lake, a bridge over the lake, turtles, beautiful flowers and a waterfall. The girl time and conversation was much needed but we had missed the entire journey. The lessons from that experience were:

The “Duck Crossing” sign was a sign of instruction and protection not a mere suggestion. This is what the word of GOD should be for us.

GOD wants us to follow HIM and his instructions like the geese followed the first one that stepped off the curb. HE wants us in tune with HIM so that we will trust when we hear HIS voice…we will not waiver, fear or get distracted. It’s not so much about the destination as it is the journey.

Those birds could have flown across the street in no time but they chose to follow the lead of that first one. None of the geese strayed, crossed at a point where it would have been a shorter distance or flew… they followed the path set by the geese in front of them. It was almost like they instinctively knew that in order for them to get safely where they were going they needed to stay on the path that was already paved for that purpose.

So many times we are in a hurry. We want to show others and GOD that we have a better way. Sometimes we just want to be in control. We leave the path that has been paved for us only to make things more challenging than they have to be.

The more geese that crossed the more geese that followed. I believe that this is what we are called to do as Christians. In good times, challenges and all of the times in between we are to be so grounded in Christ that others become curious and inspired to follow HIS lead as well.