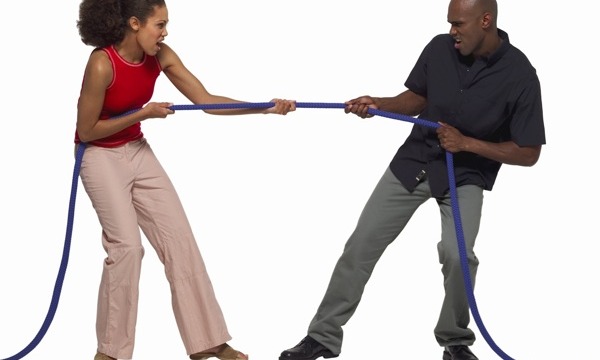 When do you know when enough is enough?

My husband and I have been married for 3 years. From the beginning, he knew how involved my family was in the church. He would come along every Sunday without a complaint, without hesitation, and he knew how important it was to me and also to my family that I marry someone who was involved in the church.

He never did get “involved” but he came every Sunday and listened to the sermon so I couldn’t complain; at least he did that much.

But over the year he’s stop coming to church as much and he’ll make comments about how much I’m involved. It’s like pulling teeth to get him to even come with me on Sunday to sit in service.

I used to get mad at him every Sunday morning for not wanting to come to church with me. Then someone told me to be patient and not to let him see how it angered me that he doesn’t want to come, so I tried that.

But now I feel like I could care less. From the time we got married until now I don’t know what happened. Every little thing he does ticks me off. Every other day we argue over the smallest things.

He makes comments that really hurt my feelings for example… he’s a really clean neat person. He likes everything to be in its place, and I try to keep up with the home and put things in place but every now and then I’ll let it go and his comments about it hurt me. He’ll say “this is my house. I pay the rent and I expect it clean” and I tell him “this is OUR home we are married just because you pay the rent doesn’t make it yours”, but he disagrees.

The past couple of months my relationship with God has become stronger and I try a lot harder than I ever have and I’ve seen doors open for me, a higher position at church and a full time job that has taken me 3 years to find. I feel like the closer I try move to God the further I move away from my husband.

My big question is what do I do? What am I suppose to do? He won’t make the effort to move closer to God with me, so when is enough, enough?