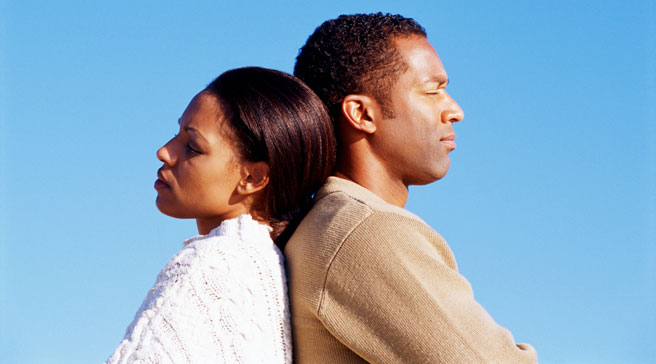 Every time I read 1 Kings 11, I am reminded of why God gives us clear instructions not to marry non-christians. This is a hot-burning issue for many Christians and surprisingly some see nothing wrong with it.

But God’s word is clear in many passages for example the often quoted 2 Corinthians 6:14 to not get ourselves involved in such ungodly relationships.

Solomon was the wisest man that ever lived and He walked with God and followed God’s commands.

That is until he got involved with women who God had clearly instructed him and the children of Israel not to marry in 1 Kings 9:1-9 and Deuteronomy 7:1-4.

Solomon went as far as building altars for these women so that they could worship their gods. And he even joined in. This all – wise king suddenly became a fool (as defined in the Bible) all because of his disobedience.

So what does all this have to do with us?

We don’t! When He gives us ‘do’ or ‘don’t instructions, as difficult as it may be, we ought to follow them. He never leads us the wrong way! He says that He wants to prosper us, not to harm us, to give us hope and a future (Jeremiah 29:11).

This applies to ALL areas of our lives including who we marry. Anytime we go against God, we WILL end up in trouble. And it usually doesn’t end well for us.

Look at Solomon. God stripped him of his entire Kingdom (1 Kings 11:9-13) because of his disobedience.

2. When we disobey God, we are only hurting ourselves.

I found out the hard way that free will is not actually free. It comes at a very high cost if I must say so myself. When we choose to exercise our own free will instead of God’s will, the price we pay can cost us suffering, regret, and damage.

These things can be avoided when we stay within God’s will.  He wants to protect us. He knows the repercussions of ungodly relationships. This is why He made it painfully clear that we are to be equally yoked.

Read the entire story of Israel. Every time, they disobeyed God, they were beaten in war among other things.

From the moment we attempt to get into one of these relationships, we should start feeling uneasy. That’s the Spirit of God warning us that we are about to do something contrary to what God commands. If we insist on pursuing it then we quite simply pay the price.

Once we enter into these ungodly relationships, we immediately set ourselves up for spiritual, emotional and sometimes physical stress.

Our spiritual lives suffer greatly. The Christian walk is already challenging as it is.

Imagine having to deal with a spouse who does not want to go to church or is going but just going through the motions. Even more so, a spouse who cannot comprehend why you need to be praying so often or reading the Bible…

Or a spouse who does not put God first. I could go on and on, but I’m sure you get my point.

These are the consequences of such a choice. Why would you deliberately want to put yourself through that?

Once we follow God’s commands, we can never go wrong. But the choice is ours. Solomon made the wrong one and paid dearly for it. His example is why you and I should make the right one.

The one thing I want you to remember from this article is this… “If God is not in your relationship, you shouldn’t be either.”