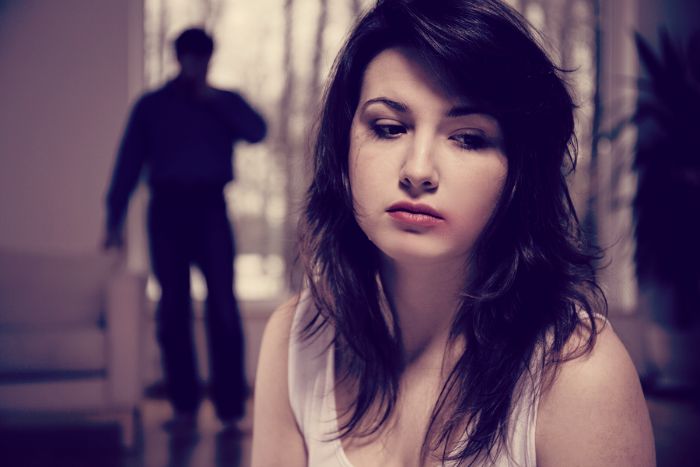 Most people who find themselves in a long term relationship with an abusive person, stay because they are either scared to leave or they think they can change their abuser.

You can’t change the unhealthy behaviors of an abuser. They have to want to change. The only thing you can do is pray for them, wish them well, and let God do the changing. Your safety should be your number one priority.

How do you protect yourself from a dating relationship with a potential abuser? You pay attention to the red flags!

Below is a list of behaviors commonly found in abusers.

If there is something off, something not right while you’re dating pay attention to these signs of potential abuse. It can save you time, heartache, and possibly, YOUR LIFE!

5 Warning Signs Of An Abusive Man:

1. An Abusive Man is Overly Jealous:

If you can’t look at or talk to a member of the opposite sex without generating suspicions of cheating, this is a sign of trouble. Some find this kind of attention flattering. It isn’t so flattering when it gets to the point that you are being alienated from friends, family and work associates. Don’t be flattered, be careful.

2. An Abusive Man is Controlling:

A control freak is going to keep track of whom you’re with and where you are. Telling you what to wear, Picking your friends, Threatening to commit suicide, eventually attempting to control every aspect of your life.

Control freaks can become emotionally, verbally and physically abusive. He will be checking your email account and cell phone to see who you are communicating with, Social media accounts, or maybe even tracking your every move by GPS.

3. An Abusive Man will try to isolate you:

They want you all to themselves. He comes on too strong and too quick to begin with. You feel loved and adored because this person wants to spend all their free time with you. It isn’t that they want to spend time with you, they don’t want you spending time with anyone else.

This is the person who will eventually isolate you from friends and family. In their mind, you belong to them and time or attention spent on anyone else is a threat to them.

In other words, you don’t have the right to think and form your own beliefs and opinions on life. If you have a healthy self-image and ego, a relationship with this person won’t last long.

5. An Abusive Man Has a Temper:

Everyone gets upset sometimes, and that’s okay. It’s all about how you react when you’re upset. If he’s screaming, punching walls, throwing things, yelling insults, or name-calling, that’s not okay. If he can’t express his feelings without throwing a temper tantrum, something’s wrong (and it’s not you).

Don’t believe for one second that his temper became an issue when he met you. Dig into his past. Has he had issues with abuse in a previous relationship? If so, this is a major red flag.

If you find yourself avoiding certain conversations, constantly apologizing or making excuses for his behavior then you may be in a dating relationship you should not continue.

The goal is to find a new relationship that has a chance of lasting forever. That means paying attention to warning signs and your gut. If something feels wrong, then more than likely something is wrong.

…And YES these signs can easily be applied to women as well. So fellas pay attention!