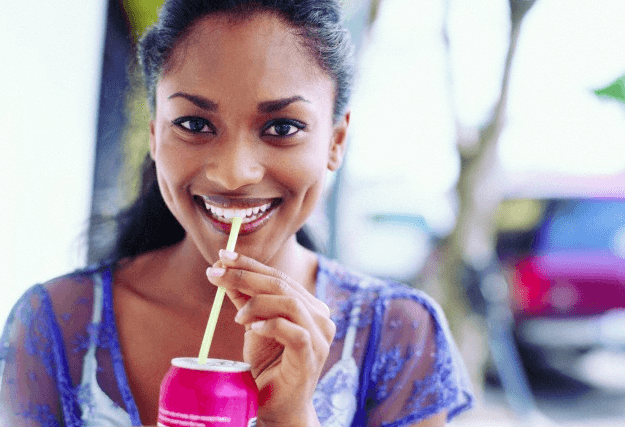 Exactly why is diet soda so bad for you and your health? It seems like a good thing, right? Less calories, less sugar, still satisfying.

Unfortunately, there is so more to this chemical cocktail than you may realize.

It Confuses You
Artificial sweeteners have more intense flavor than real sugar, so over time products like diet soda dull our senses to naturally sweet foods like fruit, says Brooke Alpert, RD, author of The Sugar Detox. Even more troubling, these sugar stand-ins have been shown to have the same effect on your body as sugar. “Artificial sweeteners trigger insulin, which sends your body into fat storage mode and leads to weight gain,” Alpert says.

It Leads To Weight Gain
Diet soda is calorie-free, but it won’t necessarily help you lose weight. Researchers from the University of Texas found that over the course of about a decade, diet soda drinkers had a 70% greater increase in waist circumference compared with non-drinkers. And get this: participants who slurped down two or more sodas a day experienced a 500% greater increase. The way artificial sweeteners confuse the body may play a part, but another reason might be psychological, says Minnesota-based dietitian Cassie Bjork. When you know you’re not consuming any liquid calories, it might be easier to justify that double cheeseburger or extra slice of pizza.

It’s Associated With Type 2 Diabetes
Drinking one diet soda a day was associated with a 36% increased risk of metabolic syndrome and diabetes in a University of Minnesota study. Metabolic syndrome describes a cluster of conditions (including high blood pressure, elevated glucose levels, raised cholesterol, and large waist circumference) that put people at high risk for heart disease, stroke, and diabetes, Bjork explains.

Increases Heart Attack & Stroke Risks
Just one diet soft drink a day could boost your risk of having a vascular event such as stroke, heart attack, or vascular death, according to researchers from the University of Miami and Columbia University. Their study found that diet soda devotees were 43% more likely to have experienced a vascular event than those who drank none. Regular soda drinkers did not appear to have an increased risk of vascular events. Researchers say more studies need to be conducted before definitive conclusions can be made about diet soda’s effects on health.

Can Destroy Your Teeth
Excessive soda drinking of any kind can significantly hurt your teeth, according to a case study published in the journal General Dentistry. The research compared the mouths of a cocaine-user, a methamphetamine-user, and a habitual diet-soda drinker, and found the same level of tooth erosion in each of them. Why? Citric acid, which weakens and destroys tooth enamel over time.