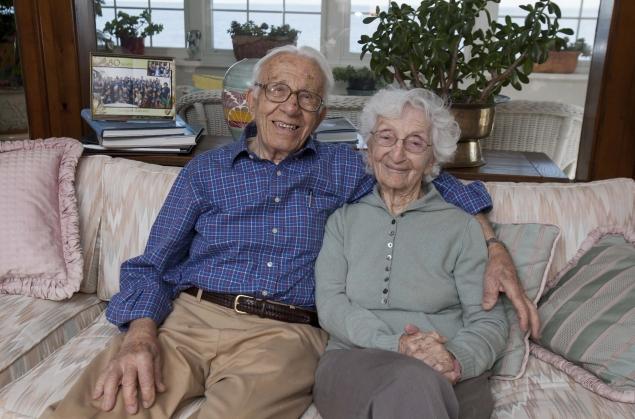 John and Ann Betar eloped on Nov. 25, 1932, fleeing their close-knit Syrian neighborhood in Bridgeport, Connecticut, and driving as fast as they could to Harrison, New York, to avoid Ann’s father’s plans to marry her off to a man 20 years older.

Now, as their 81st wedding anniversary approaches on Monday, the pair, named as the “longest married couple” in America, can only laugh as they look back on the commotion they caused.

“Everyone was hopping mad, and my wife’s aunt consoled my father-in-law by telling him not to worry, the marriage won’t last,” chuckled John Betar, now 102 and still driving “though not quite as fast as the day we got married.”