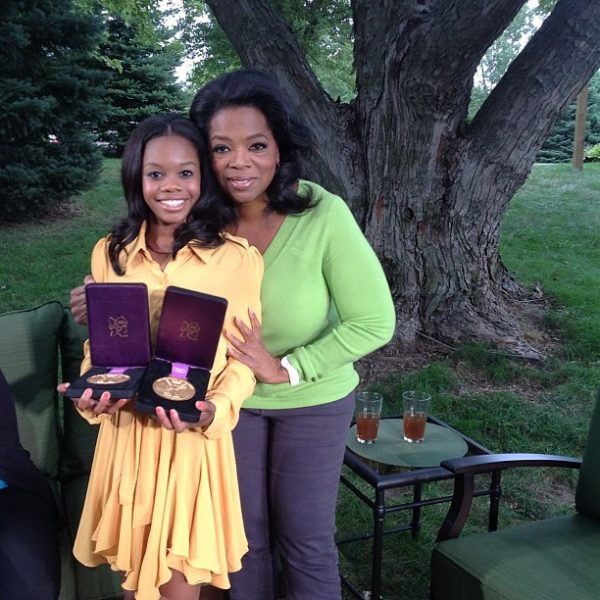 Gabrielle Douglas was interviewed by Oprah on Sunday, August 26, 2011 on Oprah’s Next Chapter on OWN.

Gabrielle, who we have come to know as “Gabby,” said she would rather be called “Gabrielle.” [That might be hard to do for some of us who have grown accustomed to calling her “Gabby.

Oprah went to Iowa and sat down first with Gabrielle, then with Gabrielle and her mother, then with the Gabrielle’s family and the Iowa host family before going to the gym where the 16-year old, 4 feet 11, 94-pound gymnast trained for 22 months before becoming the first African American to become an Olympian gold medal gymnast.

It come out in the conversation that Gabrielle was ready to give up the sport at one time, but her host father gave her some tough love.

During Oprah’s interview, for the first time we heard that Gabrielle says she was bullied when she was in training in Virginia Beach. She said she was treated differently and isolated from the other gymnasts. But in spite of it all, Gabrielle took  the high road and achieved exactly what God put in her heart to do!