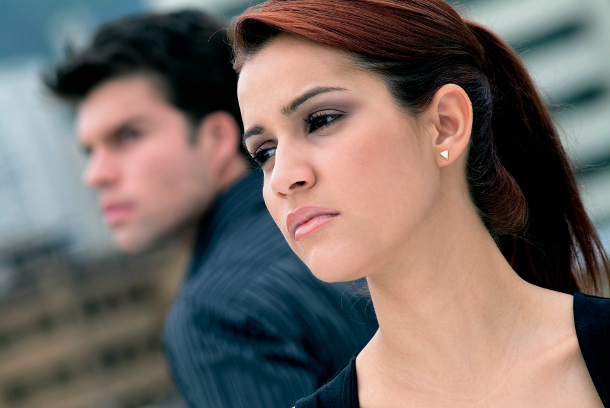 Yes God had been there for them, delivered them from slavery, rained down bread from heaven for them, fought for them in battle on several occasions and all that good stuff.

But everyone had a king, so why did they have to be the exception? The wanted a king they could touch. And they wanted one now.

“He will take your sons and appoint them for his own chariots, to be his own horsemen…” 1 Samuel 8:11

“He will take your daughters and make them his perfumers, bakers and cooks…” 1 Samuel 8:13

…and He will take this, and that, and a whole lot more… But here’s the kicker:

“And you will cry out in the day because of your king whom you have chosen for yourselves, and the Lord will not hear you in that day.”  1 Samuel 8:18

And yet, Israel still demanded for a king. So God reluctantly gave them one, a man named Saul, to do what only He could do best: be their all in all.

Most of us know how the story of Saul and Israel ended. By ignoring God and His wise counsel, Saul allowed the spiritual health of his people to deteriorate further, alienating them from God.

I have this one childhood memory of staying up all night to open a Christmas present I wasn’t allowed to open till morning, even after all of my begging. I remember being so anxious that night, wanting to play with what I hoped would be a new Barbie doll.

Without even seeing her, I already had plans to make tissue dresses for her and show her off to my friends.  When I finally did get the present, it was indeed a Barbie doll, one I probably played with for a few months.

The excitement of owning her quickly wore off, she was abandoned and I was on to the next new toy.

We all want the good things in life: a great man, a great job, a nice house, the list is endless.

And considering the microwave generation we exist in, where everything is gotten on-the-go and everyone is rushing against this imaginary clock ticking away somewhere, it’s easy to find ourselves longing for these heart’s desires to be ours now, even when we’ve been told to wait.

Yes God has promised us His Best, but the thing about His Best is it comes attached with operating on His timing which isn’t exactly comfortable to work with.

One thing I am concerned about is settling for less after waiting so long. Like after years of playing by God’s rules, I just suddenly give in and find myself stuck with a Saul instead of a David; an Ishmael instead of an Isaac.

I pray for myself and every young woman that finds herself in my shoes for God’s strength to wait and hold on, even when the counterfeits come along in their numbers.

Not just in relation to men, but for any promise of a great job, house, friendship, etc. Because it would be a shame to look back and wish we had held on a bit longer.

The thing about His Best vs. The Counterfeits is that God takes into consideration all the short and long term factors that come into play in benefitting from His gifts.

It’s one thing to get what you want, and another to keep it. It’s a whole other thing to keep it in good condition and to enjoy it in the long term.

I have prayed for my dream car for so long, and every single time, I keep getting back the same response from God: “You’re not in the right financial state to maintain it yet.”

That’s God, the good father who wouldn’t give you something until you’re ready to handle it, because then it’ll become a burden to you and not a blessing.

The Counterfeits, on the other hand, may look like the real deal (God’s best) but are just not good fits.

A personal example for me is meeting this guy who seemed to tick all the right boxes but things just weren’t going according to plan.

Every time I prayed about the situation, I always got a “Trust in the Lord and lean not on your own understanding” response.

It turned out that we just were not meant for each other– something I couldn’t see at that time and from my vantage point.

Learning to wait on God has not been easy, and it’s definitely a lesson in progress. But it gets better every day with God’s help.

At the end of it all, He’s my everything and until we realize that nothing in this world can take His place , nothing will ever quite fit.