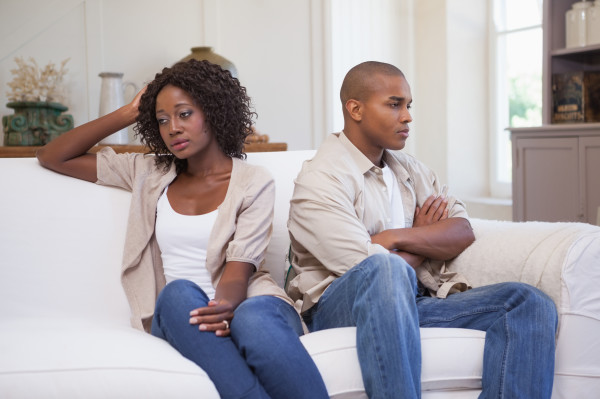 Sometimes we pray for Mr. Right, but when he comes along we forget all about God. We don’t talk to Him anymore. We don’t spend time with Him anymore. We barely find time to pray, except for when things are going bad for us.

A few years ago, my ex husband and I started going through difficult times. I can easily blame it on our careers. He was a successful businessman who traveled frequently, leaving me at home to care for our  two kids. I also owned a successful dance studio in our neighborhood. Together, we were financially set. The perfect marriage if you were on the outside looking in.

But the truth is…. our marriage was doomed from the beginning because God was nowhere in our marriage. We were so focused on being successful that we forgot all about God. Too busy to even realize our marriage was in big trouble. Our marriage eventually got to the point, where we barely saw each other once a week. Then the sex stopped. Then came the divorce papers. My husband said he could no longer go on living in a loveless marriage.

As most of you know, the Bible is pretty clear about the subject of marriage. There is not a lot of wiggle room, so I became convinced that God was going to heal ours. Didn’t it say so in His word?

This left me questioning everything I had ever believed about God’s promises. How could He let ALL these things happen to me? How could He fail to save my marriage when His word seemed unmistakable? Was it all a lie? Could I believe anything else I ever read in that book?

I wrestled with these questions for a long time. And I finally began to understand that any one verse in the Bible can take years to fully comprehend, and even then, as fallible human beings, we run the risk of missing an important point. We tend to find a verse that seems to say what we need to hear.

“What God has joined together, let no man put asunder” was as clear as a bell to me—or so I thought.

But I started to realize that I was concentrating more on the latter part of that verse than the first. “What God has joined” seemed to be a given. We got married in the church—hadn’t God “joined” us? Doesn’t God “join” and bless ALL marriages? We like to believe that He does, and as Christians we work hard to honor our vows. But I now understand that there are times and circumstances when God may not have sanctioned a union to begin with.

He gave us free will, and we utilize it all the time to make decisions that He would not have made for us. The decision to marry a certain person at a certain point in time is because of our free will. Whether or not it was God’s plan may be a mystery for some, particularly if we have not sought God’s guidance as thoroughly as we should. This is not to say that most struggling marriages are somehow outside God’s will.

I tried to save my marriage more than I had ever tried to do anything in my life. My prayers were faithful and nearly constant. They were sincere and deep. They were connected to the Word of God. I even turned the mirror on myself to heal any issues that were preventing us from reconciling.

But it never happened. God did not choose to bless me with that gift.

Sometimes, the prayers that we think He doesn’t answer become gifts far beyond what we want or think we need.

God did not answer my prayers all those years ago in the way that I thought He would, or in a way I was convinced at the time that I wanted. Nor did He answer them according to MY understanding of His promises in the Bible. And I learned that I could spend a lifetime trying to interpret His promises and still fall short.

But I received the best blessing as a result of my divorce.  I now have a closeness with Him that I couldn’t even imagine before. I promised myself that no man will ever come in between that again. And I meant it!