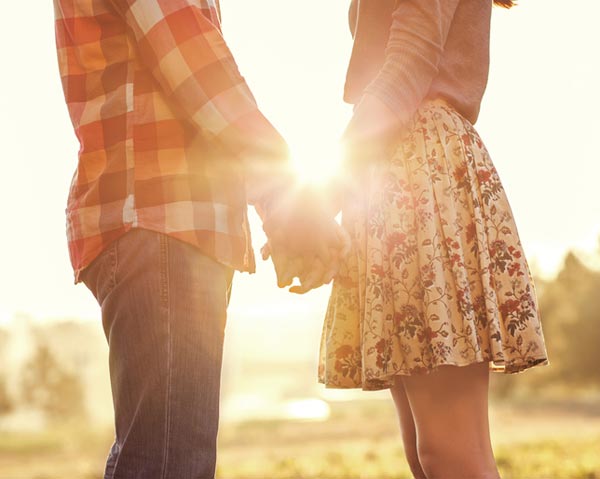 So I read an article on why single ladies can’t find their Boaz, David and Joseph. Very insightful and interesting article. The writer mentioned a key point which led me down a road of other thoughts. He stated that these notable men in the Bible did not have life all figured out but they definitely were connected to God and walked with Him.

This shared fact had me thinking: David was a man after God’s heart; Joseph was revered as being a man of such great integrity. And Boaz? I can’t count the number of times that I’ve heard my single girlfriends comment on how they’re either waiting, praying or looking for their Boaz. Then I wondered, how many of us would give them the time of day in this day in age?

We know how Boaz’s story ends. But many times we forget his beginning. Who was Boaz’s mother? Rahab- the Harlot.

…And Joseph? We remember that he was a chosen Ruler over Egypt, we remember that he was so filled with integrity behind closed doors and that he was one fine brother. We also focus on the first part of his story long enough to emphasize that what the devil meant for evil, God turned around for good. But we miss a major part of Joseph’s story. The majority of his years were spent in slavery. Hmm.

…And David? A man after God’s own heart? The man who had sex with his friend’ wife, got her pregnant, got his friend drunk in order to set him up to have sex with his wife to cover the pregnancy and then resorted to setting up the murder of that same friend in order to ultimately have his wife.

These are the three men that we single ladies say that we’re looking for.

Soooo… How many of you would give a guy the time of day after he starts disclosing to you that his mother used to be a prostitute?

Or for those of us who truly value education and are looking for someone who can lead a family, would you have chosen the guy who told you that at present, his main job is picking apples for Dwight Miller orchards or better yet that he is the ground’s man at the mayor’s house.

Or the big one, you meet this awesome guy, great job, clearly connected to God and then he breaks the news- “I had sex with my best friend’s wife, then murdered him to cover up her pregnancy….hmm

What about the honored women of the Bible?

Mary the woman with the Bastard child.

Esther- the woman who had no mother and father and was ultimately adopted by her uncle.

…And Ruth- the Moabite widow who was so disconnected from her family and so dependent on her husband that after his death she chose to follow her mother in law wherever she went.

Then there is Rahab the prostitute- someone reputable from the tribe of Judah saw enough value in her, married her and their union brought forth that Boaz that we all talk about.

A friend was talking to me about her “list” not too long ago and we spoke about what our non- negotiables were. Truth be told, between the two of us, none of these revered Bible heroes would cut it-

No divorcees, no baby mama drama, he needed to be established and settled, he needed to have a strong Christian family history, which meant that his family needed to have some generational history of involvement in church leadership. Even if he is a widower, he wouldn’t cut the list because that would mean that he were coming with unnecessary baggage and we would possibly have to face being compared with wife #1.

I started thinking about myself and how confident I was in my mid-twenties that I was prepared for marriage. I was often complimented on how much I resembled the Proverbs 31 woman. I thought that I could manage a home and I was actively working on being stable enough (financially, professionally and educationally) to attract the type of man that I thought would make the list- not just mine, but one that would be acceptable to my family. I was so sure that God would send Mr. Right in the very near future…..When I get to heaven I’ll know if I missed the train because of my naïve prejudice.

However, almost ten years later, I am far less confident about being ready for marriage. More of my issues have been brought to the surface and I wonder if I could ever be a compliment to someone who is seeking God’s heart. I have less savings than I did, not because of lavish spending, but unexpected circumstances which presented themselves.

Now when I look at the Proverbs 31 chapter, amidst all my accomplishments and successes, I wonder if I’d ever make someone’s list.

God has appeared more silent to me in the past year than he ever has in my entire lifetime. But I know that He is working with me and through me. I see evidence of Him showing up the not-so-pretty issues that will make me turn out as pure gold. And while He’s doing so, there would be someone who will be willing to work with me in my far-from-perfect, past mistakes-but-working-with-God stage. I only pray that He will help me to be ready to receive his Boaz, Joseph or David while he is working on them as well.

Let me just say that I am not advocating for anyone to go out searching for a man with baggage. Some of you who struggle with co-dependency have probably mastered the skill of picking them out in a crowd.

But what I am advocating for is that we be so connected with God and His ultimate will for our lives that our will doesn’t block Him from the process that He may want to take us through with our Boaz, while He is strengthening their character for the ultimate position where He will establish them.

And just as a simple Christian grace ask God to place in your heart, the ability to see the good in people- that we can look past their past and see the value that God has placed in them.

Be willing to see others through the eyes of Jesus. With His eye, we will be able to trace His hand and have discernment to recognize His power working through the life of the individual that He allows us to meet, even when we don’t see the full package before our eyes.