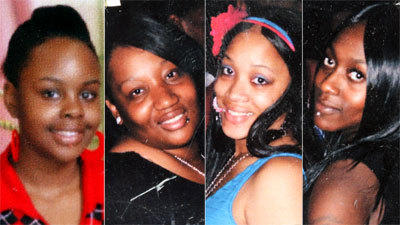 A single car crash resulted in the death of four Chicago Mothers just minutes before Mother’s Day. The women had a total of six children, reports Chicago Tribune.

According to police investigators, the women died when their vehicle struck a support column (pictured below) of an elevated train line. Witnesses state that the vehicle was traveling at a “high rate of speed” when it slammed into the column and literally split in two.

Three of the women died instantly at the scene of the tragic accident. Nelson was taken to a hospital, where she was pronounced dead at 12:48 a.m. on Mother’s Day.

Relatives of the victims state that the women had been out and about and en route to Goston’s grandmother’s 61st birthday celebration.

The Chicago police department is investigating the wreck and plans on conducting a crash reconstruction in order to determine exactly how the accident occurred and at what speed the vehicle was going at the time it struck the column.