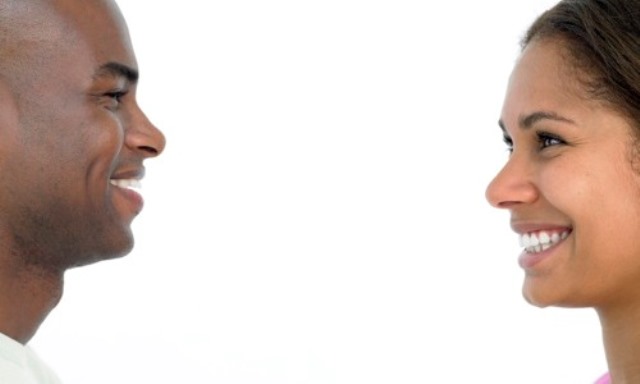 There was this fine brother in my church I had my eye on. The first time I saw him, I was touched. It was in praise and worship, he had his hands and head held high and tears running down his cheeks. I remember thinking that was the most beautiful picture of a man I had ever seen. The image of him stayed with me long after service was over. Week after week I would watch him, he was usually in the same place and not hard to spot.

After a few weeks of watching him, I had a dream of a man holding my left hand and I was wearing a beautiful wedding ring. I looked up at the man, and it was him. I wasn’t sure if the dream had any significance but I was praying to God for a husband so this could have been the answer. Problem is, I didn’t even know his name. However, one Saturday night, while scrolling through my church’s Facebook page, I found him. Not only was he fine, he was single and his credentials were impressive.

I started praying about the dream. God are you trying to tell me this is the man I will marry? I was sure I heard God say yes. I was certain of it. So week after week I waited with anticipation for him to approach me, notice me. Nothing. In fact, the man almost never looked up, down or around.

A few months passed and I found out that another sister in church had the same “revelation”. And then another one.

Surely they were wrong. God told me. He gave me that dream. They were simply lusting after him. But after much unrest- and eyeing one of the sisters sideways in church- it hit me. God is not the author of confusion. And the poor guy couldn’t possibly be a husband to all of us.

I was hurt. I had taken ownership of this man in my mind and that deflated hope hurt as bad as if someone had actually broken up with me.

It was painful because, either God lied to me or whoever I had been hearing from was not God – both scenarios were troubling. Now it is impossible for God to lie, so clearly the problem was with me.

Sadly, this is not just my story. Many single women in church struggle with this, most times privately.

Sometimes we can want something so bad, our minds will deceive us.

I am glad God revealed it to me before I did something crazy and embarrassed myself because after months of nothing happening, I’m pretty sure I would’ve eventually convinced myself I was supposed to make the first move. And if he rejected me, I probably would be looking for another church.

God is the same yesterday, today and forevermore. There are no Biblical accounts of God revealing to any woman whom she would marry. He gave us the ultimate model in the Garden of Eden when He first created AND equipped Adam, then he put Adam to sleep and from his rib created Eve. God then presented her to him and Adam recognized her as his wife.

In the same way, the man God has chosen for you will recognize you as his wife. He won’t be confused. He won’t have to get ready.

God did not bring us (women) into the world until everything was prepared for us. He will first prepare and equip a man for you, then present you to him. He will never present the man to you for you to chase him, convince him or drop hints to him. That is out of alignment with His word and His way.

All the Biblical accounts of marriage prove that God is pretty invested. When your time comes, He will make it clear and obvious. The husband He has for you will pursue you and His words and actions will be in alignment so you won’t have to guess.

That man you are longing after – surrender it to God and He will provide the clarity and answers you seek.

Keciah Bailey
Keciah Bailey is a reporter/blogger. She writes about the struggles with faith and issues facing women.