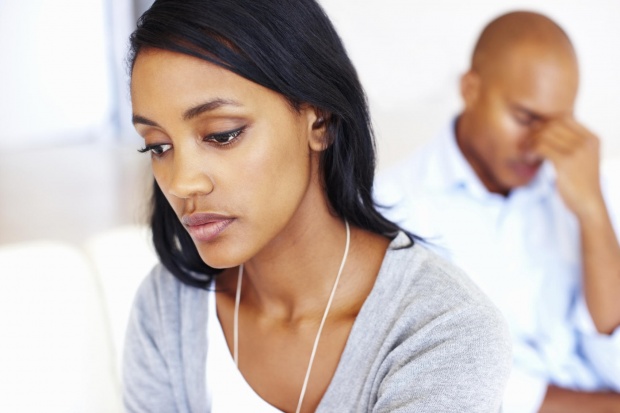 As we approach the month of April I am reminded of the time I fasted from men for an entire month. I made this decision, because I was an emotional wreck over a relationship that was a total mess. It in turn left me a mess. I went from being confident and focused to feeling rejected and unloved. It was the beginning of 2014, and I had hit a low point already. I desperately needed something different than what I had been experiencing, and I knew only God could fix me.

During the month of March 2014, I was really at a tug of war. Torn between my feelings, settling for a temporary fix and trying to find the root of my issues. One night I came across a post on Nikki and the City’s site, where she talked about the month she fasted from talking to men who were not relatives; and a few months later, she met the man who would eventually become her husband. At that time I needed some inspiration and change, so I was willing to try something new. If she did it, I could too.

So, from March 31st until May 1st, I abstained from talking to men, especially if they were trying to holler at me. For the first 2 weeks, I did not encounter any distractions. No men were trying to talk to me, and I was spending more time with God. I prayed a lot and I read the book of Esther. I specifically read chapter 2, which detailed Esther’s preparation to be the new queen. For about 10 months, she went through preparation, and afterwards she was chosen as the queen, which means she also inherited her king.

I’m not sure why that particular chapter stuck out the most to me, but I figured I had to be going through preparation for something greater.

So two weeks into the fast I’m facing all my demons- it was just me and God. I just really confessed to God, what was really going on within me.

“God, I know you’re real. I know, because I’m breathing right now, and I have seen your glory on my life. I know you love me, but I’m still questioning your love, because I can’t physically see or feel you. I know you sent your only son to die for me and save me from my sins, but that’s not enough right now.”

I was honest and totally desperate for him to make me whole. I was dealing with rejection issues, because it seemed like somehow in every male relationship I was rejected. This is probably not completely accurate, but that’s how I felt when things didn’t work out. Rejection and disappointment in men were implanted in me early on, due to my estranged relationship with my father. On top of that heaviness, I’m like God why is your presence not helping me through this. Why do I keep going around this redundant mountain of dysfunctional relationships.

God really showed me just how complete His love is, and all I needed to do was trust in His love.

During the 2nd week of my fast, men started coming from everywhere. People I hadn’t seen or spoken to in years were reaching out to me; even while I was at work, men were trying to talk to me. It was crazy. They wanted to do brunch, or they made it seem like it was extremely urgent that I contact them. I just kept it moving though. I was determined to finish my fast. Most importantly, I was determined to be uncomfortable, because I knew in my discomfort, God would somehow restore everything I thought I had lost. I will be honest, I was tempted to take on some of their offers, but I realized that I needed to work my faith in this area. Whatever man God had for me, would cross my path, and I would know. I was no longer settling for short term fixes.

I really wanted to face my longing for a companion by purposely depriving myself of talking to men, just to see if God would really come through for me. By coming through, that did not necessarily mean sending me “the one”, but just enabling me to wholeheartedly be content without a man.

In return, He showed me that I am enough by myself; He gave me a much needed peace in being single and embracing the season of life I am in. God also helped me in closing doors of past relationships, and not letting them define how future relationships will be. He even mended the relationship, between my father and I; which is coming together, slowly, but surely.

Such love has no fear, because perfect love expels all fear. If we are afraid, it is for fear of punishment, and this shows that we have not fully experienced his perfect love. 1 John 4: 18 (NLT)