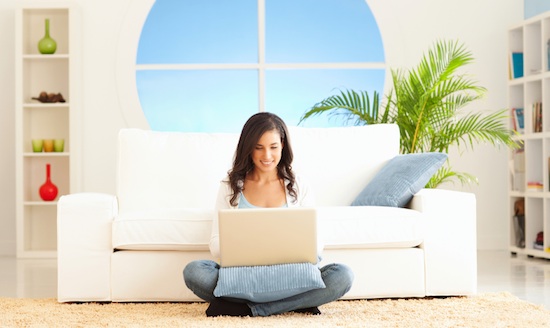 With all the studying I’ve done related to clutter and to the Bible separately, I was surprised that I never considered studying what the Bible has to say about clutter until someone else asked me about it.

Having taken three semesters of Koine Greek in college, my first thought was, “What would be the Greek word for clutter? I don’t think that’s in the Bible.”

Upon further thought, I realized that even if I it doesn’t say that word specifically, it must talk about the basic principles.

Honestly, this always kind of scared me. Was I supposed to sell all my stuff? First of all, no one would even want to buy half of my stuff. And similarly, I’m not rich.

But now that I’m actually excited about decluttering my life, these verses encourage me that it isn’t wrong to live with less. People might question me about it, but I can remember that items I donate are helping others. The time and money I’m saving is allowing me to reach out to those who have even less than me. My energy can go to something greater than where I should put this important item I don’t want to lose, which I end up losing anyway.

Then I thought about the man who hoards stuff in his barn in case he needs it “someday,” only to die the next day. (Luke 12:15-21)

If I want to leave a legacy, if I want to decide where the money and possessions I’ve worked for go after I die, then why benefit from the joy of putting it there now? Why leave it up to the people who come across it after I die?

Those verses also state that the man wondered what to do with all of his excess because he didn’t have enough storage. What he did sounds all too familiar. He didn’t decide to give it to the poor or even sell it, giving someone else without such a good yield an opportunity to use it. No, he decided he simply needed more room. (How many times have I thought that?) He kept his grain for himself so he didn’t have to worry about working in the future.

I’m all about taking a break from work, but I like to make my breaks meaningful not just about care-free pleasure. I use time off to educate myself or others. I use it to share God’s love in practical ways. Having enough money to not have to go to work should just mean we have more time and resources to focus on reaching out to others.

The next verse I thought of was, “Store up for yourselves treasures in Heaven not on Earth.” (Matthew 6:19-21)

Luke 12 also mentions this in verses 33 and 34. When I thought of the man with his wealth in a barn and then about storing treasure that doesn’t get old or stolen, I didn’t connect the two. Now it makes perfect sense.

That same chapter (Luke 12:22-24) mentions that birds don’t have storerooms or barns. I sure do, though. Closets, storage bins, attic space. It’s like our homes are made for storage. I’m realizing it isn’t as fulfilling as I thought. What’s fulfilling is giving my time, wisdom, money, and possessions to others and creating memories together.

I used to think Jesus’ statement to not worry about what you wear was just for people who are overly concerned about their appearance. All the while, I didn’t realize that part of why I kept so many clothes even if I didn’t love them or wear them much was that I was worried about what I would wear.

It’s laughable now. What if I didn’t have enough clothes? What if all of my clothes suddenly got holes in them or stains? Not gonna happen. Of course I didn’t actually ask myself these questions or think through the answers. It was a subconscious thing. It went more like:

Do I need all of these clothes? Not really, but I might one day.

That was enough for me to keep them. I never got to the question of why I might need them one day.

Even if a fire destroyed all my clothes, having more now wouldn’t solve. The fire would just have more to burn. And if they did all get ruined, I could borrow some until I could buy more. I don’t really like shopping unless it’s for something I need, so another reason I liked keeping extra clothes was so I wouldn’t have to go shopping as often.

Too many times, we hold onto clutter because we’re so worried about how we’ll take care of ourselves. We have to keep it in case we need it. Meanwhile, we forget the most important things. We have plenty of stuff we don’t use, but we lack space for creativity and connecting with people to meet each others needs.

And the Bible has lots to say about helping meet the needs of others.

What Bible verses have helped you get rid of clutter?

Megan Starbuck
Visit her at MCStarbuck.com