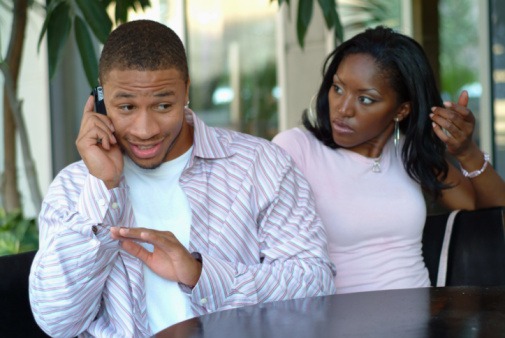 I am so honored to be a new contributor on this site. I look forward to sharing more with you all as the days go by. I wanted to share a posting that has been on my heart. I wrote this a very long time ago at the Spirit’s leading and it ministered to so many women, that I was surprised. Once again, I feel a leading to share it here.

You might have read the title and asked yourself, what is she talking about and why is she posting it here, well because I know that if statistics are anything to go by then at least some of the readership of this site may find themselves in this situation and many of you may know someone “caught up” and I urge you to share this with them.

Are you the other woman?

Before you all jump to shout loudly no, let’s be real, many of us are choosing this path, or at least find ourselves on it and at that moment are faced with whether to jump right off or continue along. Some notable women have admitted to being the other woman. Barbara Walters did, Oprah did once and I know some of you did and are.

A while ago, a young woman sat in my living room and proceeded to tell me why she thought wives were the stupidest women. She said and I quote “Majority of the men I know don’t love their wives, they love their girlfriends. The wives are the fools because they clean up after them, take care of them and at the end of the day, he goes to have fun with his girlfriend”

I resisted the urge to slap the stupidity out of her mouth. She was sitting in a married woman’s house telling me, how she thought me and my kind were stupid. Ah…but I have come to learn that in order to gain wisdom, sometimes you have to listen to even to the most inane of conversations.

So I poured my drink as I listened to this otherwise educated and smart young woman, justify her choice in a roundabout fashion. The mind is amazing, you can justify anything if you really want to…I mean, I have just rationalized this chocolate chip cookie, well I am trying to justify it, but the truth us I really can’t justify it without lying to myself.

I think the key thing in her statement was that she was lying to herself. Affairs, adultery exist in a realm of lies. He lies to her, he lies to you, he lies to himself, you lie to the world, you lie to yourself and then you cry to yourself because there will be nobody left to lie to.

There was once a girl who told a married man that she missed him and wanted to see him soon. The wife found out and confronted her. The girl feeling like a tough chick told the wife that if she were her, she wouldn’t be making such a big deal about it, after all, all she did was flirt with her man.

I don’t know when we as women started to believe the lie that we have to settle for less!

Now here is my two kobo as far as being with a married man is concerned. Please know that this comes from a place of love and also I have a deep understanding of what I am saying, trust me.

1. If a man is married and stays married and has you on the side, then you are only a side piece. You are simply there because you agree to be there. Occasionally he may become so besotted that he will contemplate or maybe even leave his wife, but even in that circumstance, most of the time, it’s more about his needing to leave anyway and you providing a convenient safety net.
2. Men lie. Well, we all lie. We lie to get what we want. We lie to ourselves, so what makes you think that Mr. Man is not lying to you? He told you he doesn’t love her? What line do you think he used on his wife, when she found out about your last tryst? The same one. Verbatim.
3. The wives of men who cheat, sometimes have agendas, sometimes they have a purpose greater than you can know. If they stay, they may stay for a myriad of reasons. Don’t assume stupidity is one of them.
4. Don’t believe the “it’s not where he is, it’s where he wants to be” myth. Where he is, is where he wants to be period. Trust me, don’t fall into that trap.

I know a woman who was a man’s mistress for at least twenty years. She was and is a beautiful, elegant, educated woman. I don’t know what he told her to keep her hanging on in there for all those years, it must have been good. Long and short, this man had a heart attack and left everything to his wife and kids. His mistress and her child were left nothing. Their names weren’t even penciled into the will. She couldn’t see the body. She couldn’t mourn him publicly. She was a shadow widow, just like she was a shadow wife. She went to the memorial alone, her friends refused to go, and she sat at the back like a nobody. As she sat there crying about his death, she began to realize that in his real life, she was nobody to him. His friends that knew her, pretended otherwise. She was a strictly after midnight, no status. I think about her a lot. I wonder how a woman like that could have fallen prey.

I wrote my first novel because I wanted to talk about how women feel when they are pressured to marry, but there is a secondary pressure. The desire to find love. When time starts racing by, you start to become afraid. The question of whether you’ll ever find love begins to ring in your head, like an unwanted bell. You start to panic. You think deep inside even though you might proclaim otherwise that maybe you won’t find that perfect love. So sometimes when a counterfeit comes around, showing you all the romance you felt would come with that perfect love but none of the commitment, you think that you have to settle for less. Don’t feel bad, so many of us have fallen for their verse. It is practiced so it’s convincing, but it’s no more real than the world they are promising you. Any man that is serious will close one door before opening another. This is fact, simple and true.

I guess that is what gets to me the most. I told that girl in my living room and I am telling you. If you are on the verge of making this choice. Don’t choose him. Choose you. Don’t give up everything you believe for a person that has made no commitment to you. Don’t give up the right to dignity for a little bit of intimacy, don’t give up being alone and end up lonely. You are worth more. You deserve to live and walk in the light. You deserve to subsist on more than crumbs, you deserve the cake.
I understand that fear, believe me I do. I think that sometimes that books and movies set us up. They are about romance, not love. When the screen gets blurry and the music starts, what is happening is not love, its romance. Love is commitment, pure and simple. It is not necessarily sexy. It doesn’t necessarily come with perfect words. It simply is.

And if you stop looking for the lies, you will see the truth and say it.

Anyone reading this, I am telling you…it is as the Bible says, God is not mocked. It is the principle of the world even, what you sow, you will reap. I tell you, any tears you cause any woman to shed over your relationship (whatever level it is) with her husband, you will weep doubly when and if you get married.

Secondly, it is a dangerous business, stepping outside of God’s covering. I posted this here because so many “good” girls are falling for the lie and before you know it, they leave their morals and their faith behind because of shame.

And if you have fallen, if you are there, maybe he is sleeping right beside you right now…it is not too late to get up and say no more. Never mind the lies that float around in your head saying you are ruined. You are not ruined. What was Mary Magdalene, what about Rahab, no one is ruined before God. He is watching you and wanting you to come back to Him. He will receive you with open arms.

You are loved. By the most High. Now tell me what man made from dust can compete with that?

Ekene
Life Coach at Refresh With Ekene
Ekene is a certified professional life coach, speaker, and author of two books.