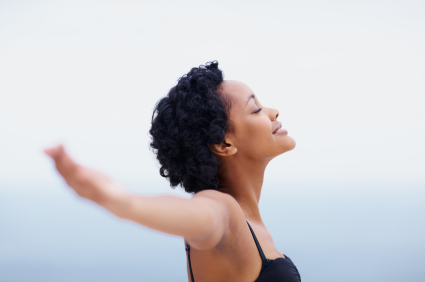 I moved to Texas in 2010 after earning my M.S. in Psychology. However, in 2011 I enrolled in a 2nd Masters program in Cybersecurity to change my career. A year into my program I began to start feeling really ill with non-stop headaches.

Over a 9 month period, I went to several doctors and specialists. They all said, “It is stress” due to my work environment, additional job duties, and being in graduate school full time.

In late August 2012, a colleague suggested I get a blood test, and when I did the doctor said my blood count was a five.

I was admitted into the hospital, received a blood transfusion, and found out I had Hemolytic Anemia and Stage 3 Multiple Myeloma, a blood cancer, which was over 90% of my body.

This all happened two weeks before my 33rd birthday, and I began chemotherapy a few weeks later. On October 24th I was being drilled out my apartment by the fire marshal because I had been passed out for 3 days. I was found unclothed on the sofa with a blood count of 4.2., and the shower curtain/rod pulled down.

It was said had I not been found I would have been dead within the next 12 hours. I was rushed to the hospital and opened my eyes two days later while in the ICU. I began dialysis on October 31st because I had no kidney function.

In the hospital, I learned to walk again, and did breathing exercises due to a partially collapsed lung. I suffered short term memory loss, and when I got home 3-4 weeks later I couldn’t even figure out how to fill my own pill box or order a sandwich from McDonald’s due to the kidney issues, I just stood there with tears in my eyes due to the embarrassment.

I was so stressed and overwhelmed. I had to depend on others but at some point some became unreliable. I eventually asked my neighbor to back my car out of my parking space and re-taught myself how to drive.

Two weeks before Christmas I was taken off dialysis. Then received my stem cell transplant at MD Anderson on Friday, September 13, 2013! As of March 18, 2014, I’m in REMISSION, but on maintenance medication for the next few years.

It was nothing but the blood of Jesus that covered me those three days in that apartment. I literally felt my body shutting down. At least I don’t look like what I’ve been through! I had and have haters that said I was not going to make it, but no one determines my fate but God.

I continue to rely on my faith, pray, participate in social and volunteer activities, and exercise when I have energy. I try to surround myself around only positive people that will not cause me stress.

I don’t share my story for sympathy. I do it for the non-believers, those that are suffering from diminished faith and can’t see the light at the end of the tunnel, and for those that have strong faith so it can stay that way.

Sometimes I feel repetitive in telling my story, but you never know who you will help along the way. It may just reach that person that is about to give up, that person who has lost faith, the 24/7 & 365 days a year pessimistic and complainer.

Yes, there are good days and bad days (mental, physical, emotional), but once you are over that hurdle from a bad day or a few bad days you must dust yourself off and take advantage of every good day you have. I could sit around and be clinically depressed, angry, and pessimistic all the time, but I will not be defeated by the enemy!

Everyone has a purpose in life, and I have decided to take a negative situation and turn it into a positive because God has directed me on a different path. This includes raising awareness about blood cancer through my blog, being a mentor, sharing my story, and whatever else God tells me to do.

I believe God gives his hardest battles to His strongest soldiers, but with Him you will make it through this fight so DON’T GIVE UP!