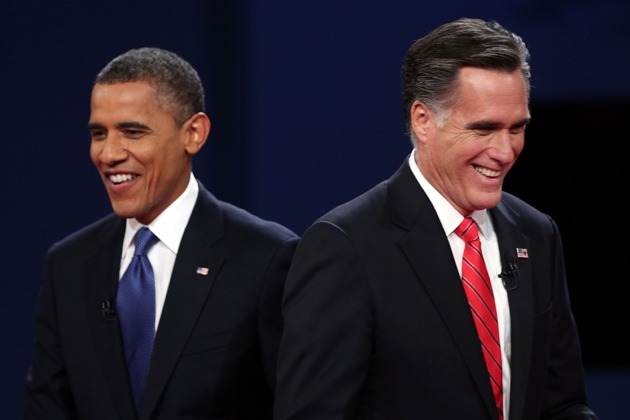 The second presidential debate between Barack Obama and Mitt Romney was held at the campus of Hofstra University in Hempstead, New York. The town-hall-style debate, with an audience of uncommitted voters selected by Gallup, was moderated by CNN’s Candy Crowley.

Here are some highlights of the action:

The first question of the evening was from a college student wondering what the employment situation would be when he graduated:

The tax discussion continued, with things getting rather feisty again:

The debate then turned to immigration for the first time (either this debate or the first one). Both men acknowledged America as “a nation of immigrants.”

Things took a strange turn back to tax policy and foreign trade, with Romney reminding the president that he, too, has investments in foreign countries. Obama replied, “I don’t look at my pension. It’s not as big as yours.”

The next subject was the assassination of several Americans, including an ambassador, in Libya last month:

Were you impressed with either party? Speak on it!