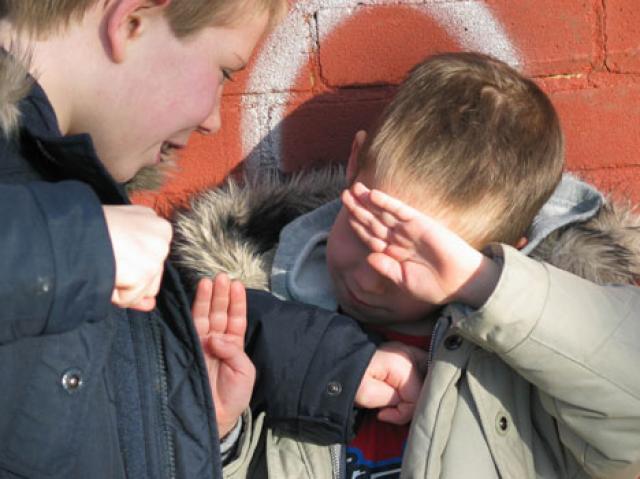 My sister passed away 6 months ago. She was murdered by her ex boyfriend after breaking it off with him. I have since taken in my 10 year old nephew, her son. He is soooooooo disrespectful, vulgar, and mean to my kids and I. I have tried to explain to my kids that he’s going through a lot right now with the death of his mom so they should try to be forgiving and extra nice to him. HOWEVER, I’m getting tired of giving him a pass on abusing my kids. He hits them, he threw a bottle at my son because he wouldn’t let him play the xbox. He calls me, my daughter, and his teacher the “B” word. Everyday, I get a call from my nephew’s teacher. He’s being disrespectful to the teacher or not going to class at all. My son is 8 and he is now developing some of the same habits as my nephew. The cursing, the attitude, and being disrespectful. He would never talk back to me before my nephew came to live with us. My daughter told me the other day that she wants to go live with her dad because she doesn’t want to live with my nephew. It hurts to hear my child say that because she is my shadow, she’s under me 24/7. She’s not a daddy’s girl she’s a mommy’s girl. This was confirmation that she is really hurting. We have tried counseling but he only curses at the therapist. I have tried spending one on one time with him just to make him feel loved. I truly feel like I have done everything I can to make this living arrangement work as well as my kids. But as much as it hurts me to admit it, I’m to the point where I’m thinking about sending him away. Is it wrong for me to feel this way? I love my sister, but I will not allow anyone to corrupt or abuse my kids. Please pray for me. I just don’t want to make a decision I will regret later.

Praying for this family. Any advice for this young lady?