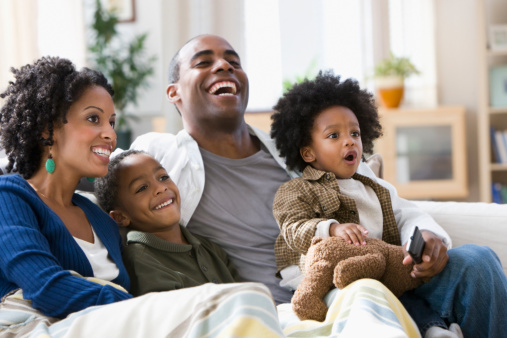 It’s Friday Night. The kids are home. Sometimes it’s refreshing just to spend a nice quiet night at home with the family instead of heading outdoors for some family fun. I must say, It’s a lot cheaper also.

Ok I’ll admit this list may be a little biased because some of these are my personal favorites.

Here’s 20 Family Movies You Can Never Go Wrong With:

After a bitter divorce, an actor disguises himself as a female housekeeper to spend time with his children held in custody by his former wife.
Director: Chris Columbus
Stars: Robin Williams, Sally Field, Pierce Brosnan

An 8-year-old boy who is accidentally left behind while his family flies to France for Christmas must defend his home against idiotic burglars. (103 mins.)
Director: Chris Columbus
Stars: Macaulay Culkin, Joe Pesci, Daniel Stern, John Heard

Tricked into thinking that he caused the death of his own father, a young lion cub flees and abandons his destiny as the future king.

Work causes a single mother to move to China with her young son; in his new home, the boy embraces kung fu, taught to him by a master.

Dorothy Gale is swept away to a magical land in a tornado and embarks on a quest to see the Wizard who can help her return home. (102 mins.)
Director: Victor Fleming
Stars: Judy Garland, Frank Morgan, Ray Bolger, Bert Lahr

A cowboy doll is profoundly threatened and jealous when a new spaceman figure supplants him as top toy in a boy’s room.

A young man is accidentally sent 30 years into the past in a time-traveling DeLorean invented by his friend, Dr. Emmett Brown, and must make sure his high-school-age parents unite in order to save his own existence. (116 mins.)
Director: Robert Zemeckis
Stars: Michael J. Fox, Christopher Lloyd, Lea Thompson, Crispin Glover

Story of a wonderful little girl, who happens to be a genius, and her wonderful teacher vs. the worst parents ever and the worst school principal imaginable. (98 mins.)
Director: Danny DeVito
Stars: Danny DeVito, Rhea Perlman, Mara Wilson, Embeth Davidtz

The scientist father of a teenage girl and boy accidentally shrinks his and two other neighborhood teens to the size of insects. Now the teens must fight diminutive dangers as the father searches for them. (93 mins.)
Director: Joe Johnston
Stars: Rick Moranis, Matt Frewer, Marcia Strassman, Kristine Sutherland

Two men get laid off and have to become stay-at-home dads when they can’t find jobs. This inspires them to open their own day-care center. (92 mins.)
Director: Steve Carr
Stars: Eddie Murphy, Jeff Garlin, Anjelica Huston, Steve Zahn

Identical twins, separated at birth and each raised by one of their biological parents, discover each other for the first time at summer camp and make a plan to bring their wayward parents back together. (127 mins.)
Director: Nancy Meyers
Stars: Lindsay Lohan, Dennis Quaid, Natasha Richardson, Elaine Hendrix

Into the world of the Emperor Penguins, who find their soul mates through song, a penguin is born who cannot sing. But he can tap dance something fierce!

After his son is captured in the Great Barrier Reef and taken to Sydney, a timid clownfish sets out on a journey to bring him home.

A family of undercover superheroes, while trying to live the quiet suburban life, are forced into action to save the world.

The Little family adopt a charming young mouse named Stuart, but the family cat wants rid of him.

When a street urchin vies for the love of a beautiful princess, he uses a genie’s magic power to make himself off as a prince in order to marry her. (90 mins.)
Director: Ron Clements, John Musker
Stars: Scott Weinger, Robin Williams, Linda Larkin, Jonathan Freeman

So go ahead!  Pop in a movie, Pop some popcorn, and make it a blockbuster night!