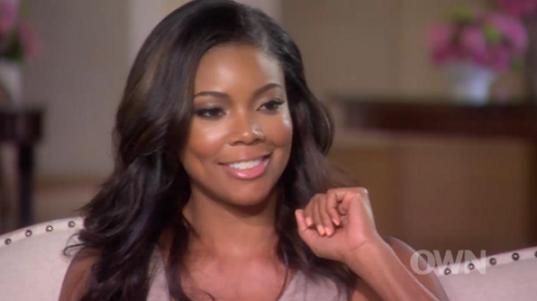 How many of us will admit being hateful, jealous, negative, or just down right insecure of ourselves? Better yet, a better question would be… How many of us would be receptive to constructive criticism, take a look in the mirror, and better ourselves? Gabrielle Union did just that!

She manages to keep it all the way real when speaking on how she projected her insecurities on other women in the entertainment industry. Earlier this year, she revealed during her Essence Black Women In Hollywood speech:

I used to shrink in the presence of other dope beautiful women. I used to revel in gossip and rumors, and I lived for the negativity inflicted upon my sister actresses or anyone who I felt whose shine diminished my own.

Tonight, on a special segment of Oprah’s Next Chapter with Viola Davis, Phylicia Rashad and Alfre Woodard, she elaborates more on her role as a mean girl in Hollywood, while revealing that actress-turned-life coach A.J. Johnson gave her a reality check during a party:

I think nowadays there is this celebration of, as kids say, ratchetness. You’re supported in tearing other people down. There is a forum for it and there is a huge spotlight on you to do that. People were like, how did you move from being a mean, vindictive, hateful person who couldn’t be happy for other people to embracing and truly being supportive. Really, it came down to we were in a room, we were at a party and I was holding court because I can turn a phrase and be slick myself, and I was trashing somebody. Ripping them to shreds head to toe. Then AJ pulled me aside and she said, ‘Now, how did your life change? Did you get the guy? Did you get the job? Is your house any bigger? Did money magically get put in your pocket? What positive happened in your life after you just tore that woman down?’