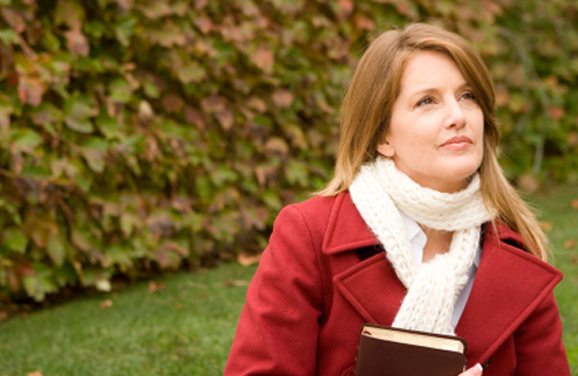 Admit it, there are parts of the Bible that are difficult to digest. Certain words sting going down and sometimes cause us to question our faith.

In the Old Testament story of Hannah, I found staring at me, like a dagger, seven words about why Hannah could not conceive a child: because the Lord had closed her womb.

In fact, those seven disturbing words are found twice in just two verses, so we don’t miss the fact that God was the One who was withholding from Hannah what she wanted most (1 Samuel 1:4-5).

Poor Hannah. All she wanted was a child. She wanted to be a mom just like every woman around her. She didn’t seem to be asking God for much. And to make matters worse, she was constantly mocked and ridiculed by her husband’s other wife for her inability to conceive a child.

I know those words too well, by now. Maybe you do, too:

…because the Lord had changed his heart.

…because the Lord had withheld another child.

…because the Lord had closed that door.

…because the Lord had taken her away.

…because the Lord had clearly said “no.”

Maybe you’ve experienced those four – or seven – disturbing words in your life, too.

…because the Lord had not healed her?

…because the Lord had let him die?

…because the Lord had chosen someone else?

…because the Lord had closed your womb?

As disturbing as those words are — that imply God is in control over the things that we long for or hurt over the most — I have come to trust in the three words that often come in the middle of our story of struggle.

In the middle of Hannah’s story, after she cried out to God in anguish and offered to give back to God what she wanted most, we read the glorious sentence “and the Lord remembered her” – followed by three words that give us hope and help us understand a little of what God might be doing in our lives, too, when we don’t understand His timing.

Those three hopeful words are “in due time.”

“It came about in due time, after Hannah had conceived, that she gave birth to a son; and she named him Samuel, saying, “Because I have asked him of the LORD” (1 Samuel 1:20).

God had a lot he was accomplishing in the world around Hannah before he allowed her to have a son who would grow up to be a significant prophet and priest who would anoint Israel’s first two kings.

In other words, Hannah had a longing. But God was working on her legacy.

Hannah just wanted a baby. But God wanted so much more than for her to just have a child.

He wanted a prophet and priest that would help change the heart of a nation. And so God took his time to prepare Hannah to be the kind of mom who could raise up this prophet and priest, at a time when Israel most needed him.

Sometimes what we want is small in the scope of God’s plans. But when we take our desires and set them before him and say “Ultimately, I want your will, God, not mine,” I believe that is the key to seeing him take our desires and turn them into something far more valuable than just making us happy.

Trust him with the story of your life and what he is waiting to accomplish “in due time.” And trust his Word…even when you don’t understand it.

And let us not grow weary of doing good, for in due season we will reap, if we do not give up. – Galatians 6:9