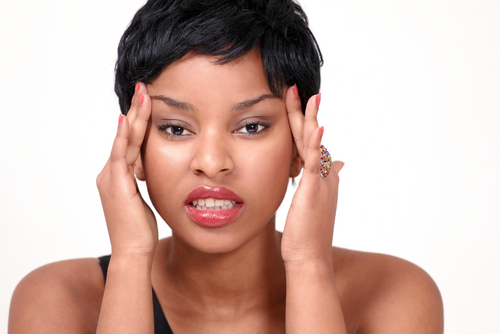 It has taken my whole life to finally realize that God means what He says.   Proverbs 3: 5-6 tells us to lean not on our own understanding, but to rely totally and completely on God.  God also tells us in His word that He has everything under control.  He knew the plan for our lives even before we were born.  (Jeremiah 29:11). The Bible gives us so many verses that tell us to Trust in God..over and over and over again.

One day, my 12 year old son woke up throwing up all over the place.  Each time, I was there telling him exactly what to do to avoid a bigger problem.  The first time, I stared in absolute horror as I watched his insides come up all over his comforter. (Would you believe he just sat there?) The second time, I had to physically force him on his knees to make sure he kept it all in the toilet! If not HE was going to be scrubbing the floor, not me!  You know when you hear something that is so silent, but it has so much power?  Well, when I forced my son to his knees, I clearly heard “Obedience is better than sacrifice” 1 Samuel 15:22.  Wow.

The third time, we were sitting in traffic in my car when it came.   That boy would not open the door until I had to scream at the top of my lungs…OPEN THE DOOR!   Later, I was very curious as to why I had to be so aggressive with him.  He told me he was scared because of the cars beside him in the other lane may hit the door.   I coolly told my son baby, I have everything under control.  What you can’t see…I can.  I can see every side of this car.  I would never tell you to do anything that is going to hurt you.  I have it all under control.  Yes! I said that, right out of my own mouth.  And then it hit me.

Everything I say to my children is what God says to me.  His beloved child.  God is my Heavenly Father Who protects me from all harm.  (Psalm 91)

My heavenly Father Who says don’t try to understand with your carnal mind…Trust in Me with All Your heart. (Proverbs 3-5)

My Heavenly Father Whose voice I recognize and will follow (John 10:27)

My Heavenly Father Who has this all under control (Jeremiah 29:11)

Isn’t it apparent that God spoke to me?  God showed me how hard headed I can be, and let me know to just trust Him.  He told me through my son, that He has everything under control…that I don’t have to worry or even try to understand..just give it to Him.  He told me I am safe..just like in Psalm 91.

Now every time I correct my children, I can feel Holy Spirit there, teaching me as I teach them.   I recognize His voice. I notice that when I yield to God and obey His commandments, my children are obedient to me.