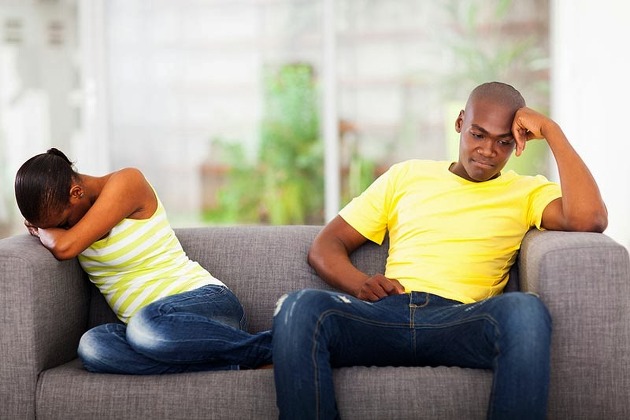 Should I submit to my boyfriend? That’s the keyword, ‘boyfriend.’

This question alone, reminds me of an eye-opening experience with my ex-fiancé.

It had only been a few weeks since he’d proposed and I was still floating on air. I was only 20 years old and was a good church girl. I loved the Lord and my Sunday Best outfits followed the dress code of my church. I was very soft-spoken and obedient to authority. I had so much to learn but at the time, I thought these qualities added up to being a good, submissive wife.

I quickly learned these things would actually make me more vulnerable to emotional, verbal and spiritual abuse.

My ex-fiancé was picking me up for church and I was running a few minutes late. As I ran down the stairs of my apartment to let him in, I watched his face harden with anger. I thought he was mad that I was making us late for church. I soon found out he disapproved of my outfit and demanded I change my clothes, otherwise he wouldn’t take me to church.

I was confused. My skirt was ankle-length. My shirt was tucked in. (I looked a holy, hot mess!) I was neat. Respectable. Appropriate, in my opinion, and I told him so.

He asked me, coldly, why wouldn’t I submit to him and do what I was told. He continued by reminding me that this was my role as a wife: to submit to him.

Something inside me knew that this was wrong, but I didn’t know how to answer him. He made me feel that questioning him, was questioning God. I stood my ground and refused to change my clothes. My fiancé was so angry that he didn’t come to church with me that night.

I wasn’t so strong the next time he used anger, fear and manipulation against me when he didn’t like my outfit. I was afraid of losing him, so when he told me “I have a certain way I want my fiancé to look.” I replied, “I want to be what you want!”

I almost lost myself in that relationship because I didn’t understand these three things about submission and dating.

1. Submission is only for marriage

Sex isn’t the only thing you should save for marriage! The Bible instructs a wife to submit to her own husband, not a woman to a man.