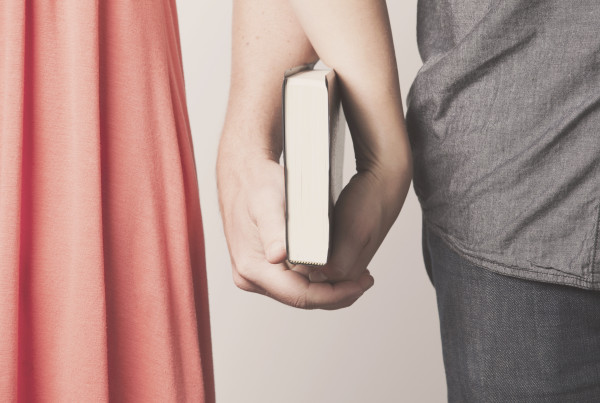 I couldn’t believe it happened to me. My first heartbreak came from a man of God. He was actually the son of a preacher, with aspirations to lead his own flock one day.

Out of all the silly, mediocre relationships I’d been in that amounted to nothing, I just knew I had hit the jackpot when I started dating my man of God. I just knew we’d get married and live happily ever after.

As I write this post, I’m struggling with what NOT to say, but it must be said. Some (huge emphasis on some) Christian men have done a terrible job on helping guard the hearts of their sister’s in the church. I’ve seen it, up close and personal. I’ve experienced it. I’ve seen men almost go through entire congregations and friendship circles, in an effort to find their wife.

In some cases, I’ve seen men go so far as to proposing to a woman, have her uproot her entire life to be with him, only to say, “Oops, God said you’re not the one.”

God said. Now let’s repeat it in the form of a question, God said? I too, was hit with the “God said you’re not my wife” line. It even happened during the middle of a date. That line always confused me, because if these men were listening to God to hear him say I wasn’t the one, then how come they didn’t hear God tell them not to approach me in the first place? Unsolved mysteries right?

Before you guys begin to label me as  bitter, please know that I’m not. I’m now married to the man of my dreams. God knows I’m not trying to place all the blame on men, but it took me being pursued by my husband, to realize the huge responsibility men in the church have. The ball is ALWAYS in their court.

HE who finds a wife. Not SHE who finds a husband. At times, this was the hardest part about being single. I had to wait for my husband to find me. I don’t believe in women pursuing men, so when I would be approached by Christian men, I took it extremely serious.

Why? I assumed these men were looking for their wife, and had taken the time to talk to God about me, before their initial approach. Boy was I wrong, on too many occasions. And because the Bible says we are fearfully & wonderfully made, and made in the image of God, I assumed Christian men had this in mind when approaching women in the church.

Why was I so naive? After 2 heartbreaks and a few disappointments along my love life journey, I came to the conclusion that I was to guard my own heart with diligence, like a lion (Proverbs 4:23). And that was the most valuable lesson I could have learned.