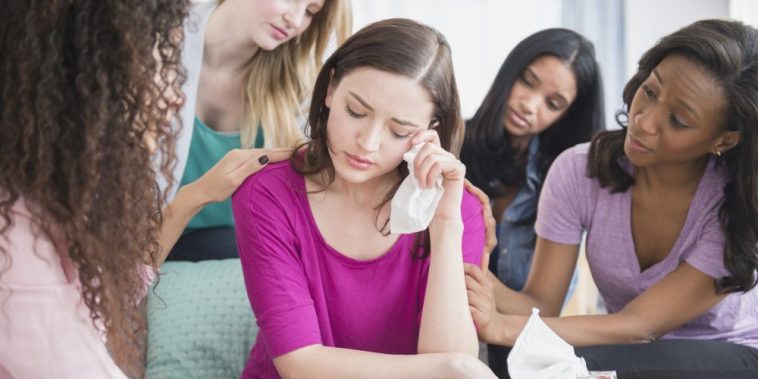 5 Things You Shouldn’t Say to Someone Who is Depressed

The statement “You’re fine” can sometimes be used as a way to let people know “It’s all going to be okay.”

But the reality is, sometimes this just isn’t the case. You just don’t know if it’s all actually going to be okay as it pertains to someone’s battle with mental health.

But what you can do is let them know you’ll be there for them along the journey and help in any way you can.

People who are depressed or ridden with any other type of mental illness are anything but fine in their own mind, and they are yearning for someone to confirm what they are feeling is real and not just a figment of their own imagination.

Confirmation and support are better than acting like their health issues aren’t as big of a deal as they are making them out to be.

I remember somebody once telling me that I would eventually get over my depression, and that all I needed to do was hold out a little bit longer, stay faith, and trust God in the process.

That conversation happened about eight years ago, and I’m still waiting.

The last thing you want to do to someone who is struggling with the hurt depression brings is to lie about eventually getting over it; because the reality is you just can’t know for sure and there is nothing wrong with that.

I don’t know if God will ever completely free me from the bondage of depression and the need to take anti-depressants, but I can say he has given me the strength to rise above.

Unlike many pastors and Christian leaders, I see antidepressants as a gift from God rather than a lack of faith in his spirit and strength.

God gave someone the gift of creating someone to help those in need, and I’m thankful for that gift. You might see otherwise as it pertains to this specific topic, and that’s okay.

Some days are better for me than others, but regardless, I know God is still with me anytime I need His comfort and support. It’s unending and constantly surrounding me.

3. “ARE YOU SURE YOU’RE ACTUALLY DEPRESSED?”

Don’t ever question the way someone is feeling in life.

A person’s feelings are their truth, regardless of the opinions of others, or if others may think that their individual opinion is wrong. It’s still their own.

I’d be lying if I said there weren’t probably millions of people who have been misdiagnosed to think they have some type of clinical depression or mental heal issue, and that anti-depressants aren’t overly prescribed to people who probably don’t actually need them.

But the reality is, who am I to judge someone’s feelings, emotions and lack of hope they claim in life?

Antidepressants are not to be taken lightly, and the combination of spiritual and professional advice should both be taken into consideration when deciding if a prescription medication is right for you.

I believe that it’s better to fight against something that may not exist as a precaution than to not do anything at all.

We just need to be careful about using the word “depressed” and understand the severity of its meaning. Being sad for a few days or even a few weeks doesn’t necessarily mean one is depressed, but it also doesn’t mean that they are without the need of some type of counseling to see what is really taking place inside our hearts and souls.

4. “JUST THINK ABOUT THE POSITIVES.”

Clinical depression isn’t just something you can combat with positive thoughts and feelings.

And saying this to someone is a complete slap in the face. If this was really the case, we’d see tens-of-millions free themselves from the shackles that keep them from truly experiencing joy in life.

Studies show that mental health problems of all kinds, including clinical depression, are caused by chemical and electrical imbalances in the brain that keep one from feeling certain emotions.

This means a clinically depressed person’s brain does not actually have the capacity to dwell on positive thoughts and feelings, let alone use them to fight against the negative ones they are currently struggling with on a day-to-day basis.

The last thing you want to tell someone who is struggling with depression is, “Just think positive thoughts.”

Not only does this statement come off as ignorant, but it also unintentionally downplays the fidelity of one’s struggle and brokenness.

This one may come off as a surprise to some, as trying to relate to someone who is struggling is a normal way of showing comfort and support.

But the reality is, someone who is truly struggling with depression doesn’t need to hear that their loved one’s or those close to them are feeling the same way.

Instead of trying to make the conversation about you, your feelings and your struggles, I recommend you stay focused on the person in front of you, their pain and their story.

One of the greatest things you can do for someone who is hurting is to simply listen.

There is nothing wrong with letting them know you’ve experienced pain in your own life, but try your best to keep the conversation about the person in front of you.

Listening goes a long way, and you’d be surprised to know the amount of people who are tired of getting wisdom from others and instead just want to be heard by those who they hold dear to their heart.