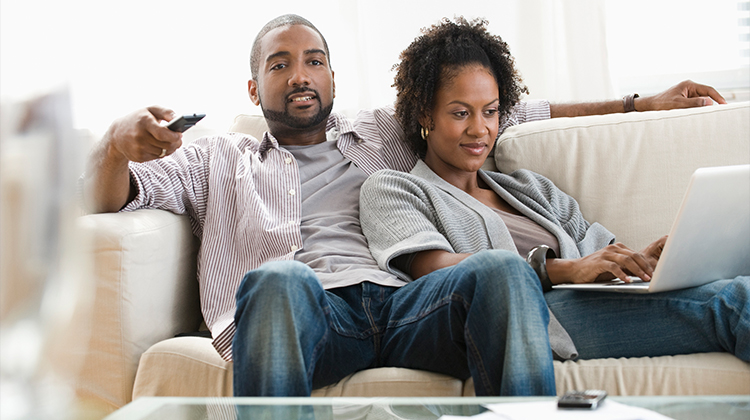 I don’t like judging the morals of others. I am imperfect. I make mistakes even when I know better. And the last thing I want to be is one of “those church people” who alienates people from God rather than draw them closer to Him. But I want to know something. Am I the only one that’s offended by the idea of being asked to “Netflix and Chill”? If you don’t know what that means, it’s basically a new phrase that means “I’ll come over or you’ll come over. We’ll watch movies or Netflix until one of us makes a move to have sex”. It’s not a date. It’s not quality time well spent. It’s a booty call. Disguised as “Oh, we’re just spending time together and if we just happen to have sex that’s cool too”.

Now, those of us trying to live out biblical principles know that sex outside of marriage is a sin. So yes, Netflixing and Chilling that leads to sex would be a sin. But the offense I’m talking about is deeper than that. I’m talking about the growing acceptance of treating sex like it’s a commodity, transaction or recreational activity. I’m talking about displaying self-hatred by allowing ourselves to be sexually misused. Because when you willingly engage in sexual activities that devalue and dehumanize you, you don’t value yourself. The Bible tells us that sexual sin is unlike any other sin because it’s one that we commit against our own bodies. I’ll rephrase that. When you Netflix and Chill, you are allowing someone else to show you how much they really don’t care about you. In fact, they may even hate you. Why? Because if they loved you, they would respect you enough to not even ask you to Netflix and Chill. At least not until you’re married with children and that’s what you choose to do on your night alone thanks to the babysitter.

I know. It’s 2015. We have the right to choose this for ourselves and don’t have to feel ashamed. But my dear sisters and brothers reading this, please understand that’s not what I’m trying to do. I am, however, trying to share the truth with you. Which is that if you desire a loving relationship that leads to marriage, Netflixing and Chilling will not get you there. And if by chance it does, you will arrive there with a lot of unnecessary baggage. If you really do just want to have fun and marriage is the last thing on your mind, I understand and I am not judging you. But if you know in your heart that you desire marriage and family, do not be deceived by our culture’s growing acceptance of casual sex.

At the root of this behavior I suspect is several things. But the two I feel led to identify are fear and unhealed wounds. Many singles fear that unless they abandon God’s standards or do what “everyone else” is doing, they’ll die alone. Many singles also have unhealed wounds from sexual trauma or abuse that have left them with faulty beliefs – one of which is that they’ll always be sexually misused in relationships. But I want to tell you that not everyone who is Netflixing and Chilling is happy. Some of them want relationships. They want to go out on real dates. They want to get married. But they think it’s unrealistic to ask for what they want. It’s sad, because the truth is that many people just like them, who have done the work to heal from sexual wounds can testify that they can now stand strong in living God’s standards as a single, or they finally found the right person because they got their lives together.

My brothers and sisters, we serve a loving God who cares about the desires of our hearts. He cares so much that He wants to restore us from sexual misuse and poor self-image. If that’s you and you’re feeling like it’s too late to change, you’re not too far gone. Even if He allows you to experience the full impact of your choices, He still wants you.

We’re coming up on the holiday season of another year. So I know firsthand that not having that special someone to share special times with is hard. But that is not the answer to your dilemma. Reach out to those who love you. Find volunteer work to keep you busy and help you remember how fortunate you are even if you don’t have everything you want. Spend time with family and friends and make memories to last a lifetime. But most of all keep in faith that God can and will bring the right person in your life at the right time.