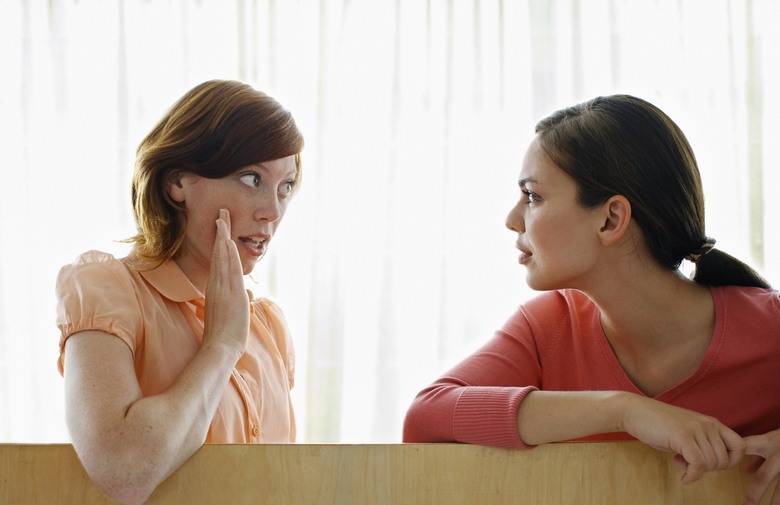 As a child, my mother always warned me about the dangers in sharing too many details of my personal life.

In my mind, she was just being a superstitious, overly religious Nigerian mother, but it wouldn’t be until my mid-twenties that I found her advice to be useful and nothing but the truth. Funny how that always happens.

For the majority of my life, I always knew what I wanted in a man:

Charming, Romantic, Comes from a good home, Has a good job, Obviously handsome (hello,God?), and we can’t forget God-fearing.

I’d spent an ample amount of time praying for this “specific” man, hoping that God would just bring him my way.

It was as if I had everything planned out: how I would receive him, how things would ultimately end up. One thing I hadn’t quite planned for was what would happen when things didn’t necessarily go my way-when times got tough and I no longer had the answers, or the assurance that the relationship was going to work.

At the time, I felt like God could see what I was going through, and was choosing not to intervene, and so, out of anger, I consulted people I knew would give me a direct response: my friends.

Here’s the issue with that: Though I may have tricked myself into believing that God was ignoring me, I was truly the one ignoring Him.

Once I actually got the man I had been praying for, I, in a sense, let God off the hook, and was unintentionally telling Him that I no longer needed His assistance.

I had never been in love before and had never had someone love ME so immensely. It was fresh, new territory, and untouched ground, yet I chose to conquer it on my own, without the very being I prayed to for it all.

To make matters worse, not only did I not receive a supernatural healing or answer from my friends, I then unconsciously opened my relationship up to a world of judgment, condemnation, and microscopic evaluation.

I engaged in negative talk that further perpetuated my emotions, and spoke life into things that I knew I did not want to exist.

Though the intentions of my friends and myself were innocent and from a place of support, by relying on their counsel, ultimately all I was doing was confirming that I did not seriously want God’s hand on my relationship, that I could make a decision on my own, and that I did not believe he could change things around.

James 1:6-7 reads: “But when you ask, you must believe and not doubt, because the one who doubts is like a wave of the sea, blown and tossed by the wind.  That person should not expect to receive anything from the Lord. “

And it’s true. How could I expect God to do something for me, when I was too busy running my mouth about the problem at hand? The bible often speaks about the downfalls of being a double minded man (or in my case, woman) which thankfully, I quickly took heed to.

Though it may be difficult not to seek the opinions of your peers and loved ones first, I’d urge you to speak to God about the troubles of your heart regarding your relationships, or any matter at hand.

I’m in no way stating that we shouldn’t seek counsel. However, I learned that If you’re going to have any voice in your ear, telling you what to do, it is best that it be the holy spirit.

If you’re going to talk to loved ones about important matters, make sure you take them to God first.

A good question to ask yourself is…

Have you prayed about it as much as you’ve talked about it?