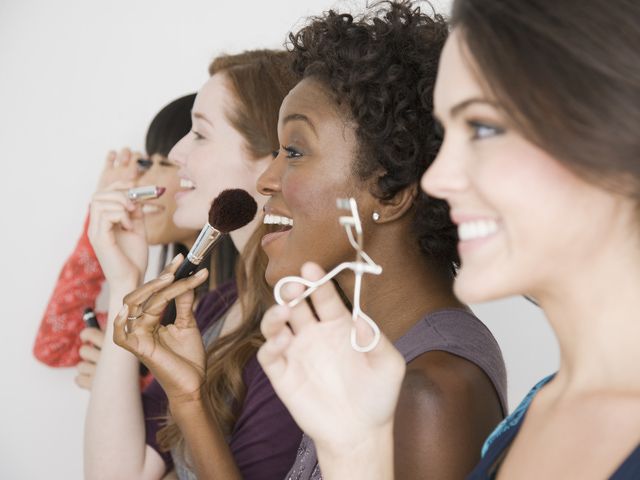 I am obsessed with my looks. There, I said it.

Not the type of obsessed that I can’t pass a mirror or other reflective surface without checking myself out. I’m not arrogant in that I think I’m so beautiful that I simply must have another look at myself. I don’t take selfies anywhere and everywhere and scatter them throughout various outlets of social media. I don’t make selfie books for my husband, Kim Kardashian-style. But I’m obsessed with certain aspects of my appearance.

I don’t quite know how or when this “obsession” started, but I suspect it had something at least in part to do with an unkind boyfriend I had my freshman year of college. Though I was 5’ 7” and maybe 110 pounds on a water-retention kind of day, he made the remark at some point that I could “stand to lose a little weight.” For someone who’d endured some hurtful comments about my looks (something about me not being as pretty as other girls) early in my youth, I had already suffered a few dings to my self-esteem, so this jab about my weight was particularly stabbing and I took it straight to the heart.

Charm is deceitful and beauty is vain, but a woman who fears the Lord is to be praised. (Proverbs 31:30)

It was about this time that I emerged from what I’ve termed my “ugly period.” I was a young adult and coming into my own, very naïve and innocent, and navigating through college life that presented people of all sorts of upbringings and lifestyles I’d not previously encountered. Life was stressful, things were overwhelmingly new, and my weight, well, that was something I could control.

I’d never had any weight issues. I’d always been thin, sometimes too thin, not because I tried to be but just because that was my constitution. Now I had a reason to watch my weight: someone had told me I needed to and that translated into “I’m not good enough.”

Perhaps by pure coincidence it was about this time I started developing symptoms that would years later be diagnosed as Crohn’s disease. Crohn’s is a gastrointestinal autoimmune disease that can cause all sorts of issues which can include a struggle to keep weight on. Although I was feeling unwell, this symptom came in a little handy because the thinner I got, the more people noticed. But they noticed by praising me and showering me with “You’re so skinny. I’m so jealous” and “You look so great!” sorts of comments.  People meant well, of course. The comments were flattering and something rather foreign to me. They boosted my lower self-image. They fed me though: the skinnier I was, the prettier I would be.  Or so I reasoned.

As my health challenge grew and thankfully before my lack of eating became too severe, my mindset changed and I realized that health was more important than beauty and that strong was more valuable than skinny. Though I maintained a lower weight, often struggling to keep it on due to illness, I saw the importance of a healthy frame.

But over the years, especially as I age, I look in the mirror and immediately zero in on the perceived “ugly parts.” I see the wrinkles time and emotional pain has left on my face. I see the jiggle that my once-taut tummy now sports. I see those dreaded dimples in the last place you want them…the rear. The nose I never really paid much attention too is now somehow too big. Or is it too pointy? My opinion of it tends to change. My hands! When did they lose their smoothness and start looking so old?? And my thighs…where do I begin??

You are altogether beautiful, my love; there is no flaw in you (Song of Solomon 4:7)

This is unhealthy behavior. (I’m preaching to myself here). If you have children, this behavior is even more potentially damaging. They hear what you say about you. They’re watching and listening to you belittle yourself and disparage the very things they may love about you—strong arms, legs that chase them around, pretty hair. Doesn’t every child think their mother is the most beautiful creature on the planet? I know I thought so. Mowing down our appearance tends to make our children (most often girls) question their own beauty and worth. If I think I’m fat and I’m clearly within a normal weight range and my daughter hears my self-assessment, what is that telling her about her own size?

read the rest of this article here