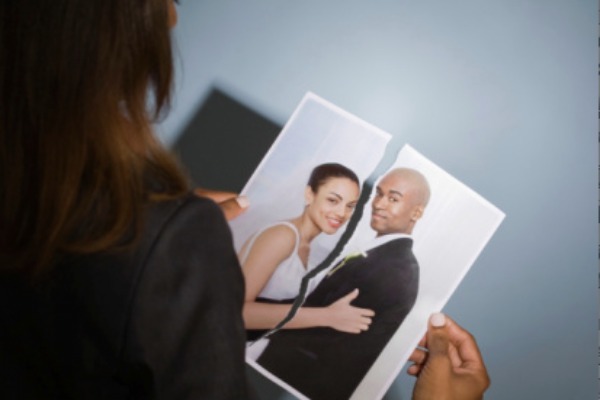 No one goes into a marriage planning its end. I certainly didn’t.

As a matter of fact, I hated divorce and still do. I have a deeper understanding as to why God detest it. You see divorce does not only affect the two people involved but it spreads its venom throughout the branches and vines attached to those two individuals. It wreaks havoc on their children, in-laws, friends and others that secretly look up to them and their union for strength.

Divorce breeds separation and leave behind a multitude of broken hearts in the aftermath of it’s storm. And not just for the two it set out to destroy. It’s no wonder God hates it because He knew the domino effect of damage it would have on so many people.

Even sadder is when you are a Christian and divorce hits your front door. When the separation becomes final and divorce is the scarlet letter you are forced to carry around as your status. It has a shameful connotation and can leave one being condemned by others and ultimately by oneself.

How does someone who has given their life to Christ handle such a heavy burden?

Here are a 5 things to consider which will aid you in overcoming the guilt and shame of a divorce:

He hates divorce, but He does not hate you. In fact, He loves you. He knows that even though you may not have wanted the divorce there are circumstances that were beyond your control- especially if the other person chose to dishonor or abandon the marriage. He does not hold that against you.

If we confess our sins, He is faithful and righteous to forgive us our sins and to cleanse us from all unrighteousness. (1 John 1:9)

No marriage is perfect. Neither are any two people in one. Both may have played a part in the demise of the marriage. Even if one allowed certain things to take place without addressing them it is still a part played.

Forgive the other person –

Never take your own revenge, beloved, but leave room for the wrath of God, for it is written, “Vengeance is Mine, I will repay,” says the Lord. (Romans 12:19)

That is the only way you will be able to move on. Sorry you cannot skip this step. Without this you can forget anything else you may try to move forward. It simply won’t work! Forgiveness is not just for the other person but it’s more for you to release it and give it over to God.

It does not let the person off the hook or excuse any wrong doing. It simply frees you from any bitterness to seek vindication on your own. That’s His job not yours.

Give it to God!

Casting all your anxiety on Him, because He cares for you. (1 Peter 5:7)

If you know you gave it your all to make the marriage work and to hold it together, it is ok to let it go! Cast all your cares on Him. God does not expect you to live a defeated life. He needs you to fulfill His purpose and He needs you whole to accomplish this.

Ask God for strength and give it all to Him and move forward.

Accept what has happened –

For the Lord God is a sun and shield; The Lord will give grace and glory; No good thing will He withhold From those who walk uprightly. (Psalm 84:11)

Remember God withholds no good thing . If He allowed it, (not caused it) He has a greater purpose and a plan out of such a hurtful situation. Look for the lesson and allow God to lead you to the great things He has in store for you.

To sum it all up, there is no condemnation for those who belong to Him (Romans 8:1).

You are divorced but God still loves you! Move forward with your life!