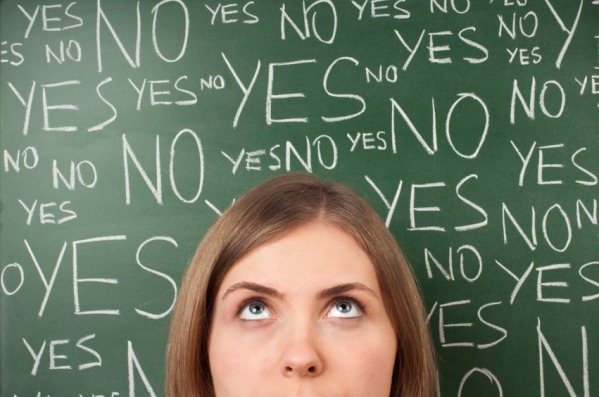 For it is God who works in you, both to will and to work for his good pleasure.  -Philippians 2:13

Mary said yes to God even if it meant giving up her youth and her already planned future. Even if it meant risking her reputation and other people’s condemnation, She obeyed God’s will. How often does someone get pregnant by the Holy Spirit? Who would ever believe  that her baby was conceived without sin? If it happened today, no one would believe her.

When Joseph said yes to God to take care of Mary and Jesus, it also meant sacrificing a quiet simple life. It meant serving God for as long as He lived, providing for a child that was not even his. How many men would do that?

When Abraham said yes to God, it meant losing his only son as a sacrifice. It was a tough test from God when He asked Abraham to offer his son, but with a heavy heart, he was willing to do it anyway.

When the disciples said yes to Jesus when He asked them to follow Him, they turned their backs from the lives they were already  comfortable living. They got out of their comfort zones and left their families and their old lives behind.

When God called people, He did not call the big famous commendable ones. He did not even call the holy of all holies (well, except for Mary perhaps).

All He needed was for them to give their ‘Yes’ and He would do the rest. He created great works  through them. He changed their lives. He changed the world in general with these “amateurs” in faith.

And He saved the world from its sins.

What is God asking of you today?  Will you say “Yes” ?